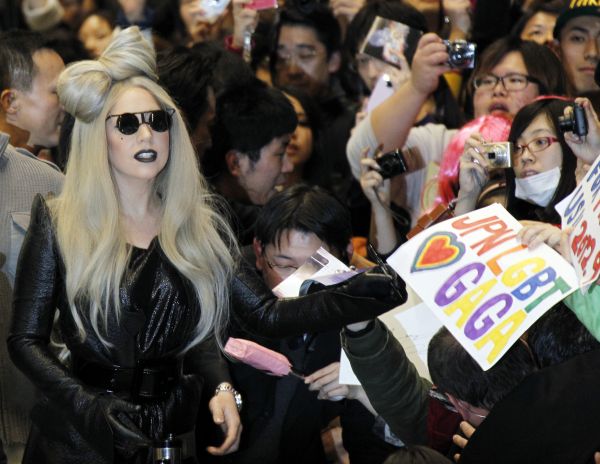 On December 20th, world star Lady Gaga (25) strode through the arrival gates at Narita Airport in her fifth visit to Japan. She made quite the dramatic entrance dressed in all black from head to toe.

As 500 fans rushed to get her autograph, she gave a short fan service by blowing kisses at the crowd and said, “Everyone, thank you! I came back to Japan just as promised.”

Lady Gaga will be performing in the ‘Music Station SUPER LIVE 2011’ at Chiba’s Makuhari Messe. It’s also been revealed that she will be partially participating in the ‘62nd NHK Kohaku Uta Gassen’ through a recorded performance from New York.