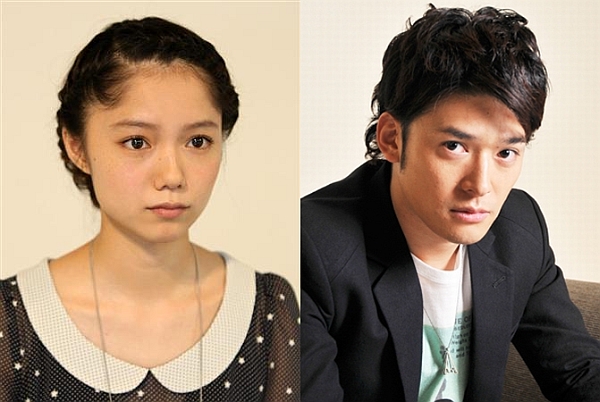 After tabloid magazine Shukan Josei reported that actor Takaoka Sousuke and actress Miyazaki Aoi were currently living apart and heading towards divorce, Takaoka himself confirmed that the couple plans to split soon.

During the December 21st broadcast of TV Asahi’s “Jouhou Mansai Live Show Morning Bird!“, the actor stated that the divorce is not yet complete, but that he thinks it will probably end sometime next year.

When asked about the reasons for their divorce, Takaoka’s Twitter outburst from July was brought up. “I was told I’d said some ‘taboo’ things, but I didn’t know what taboo meant. I didn’t think it would become such a huge problem up until now,” he commented. As a result of the incident and its repercussions – such as the loss of his lead role in “QP” – the relationship between Takaoka and his wife Miyazaki began to deteriorate. Takaoka himself revealed that when he returned from New York in August, the couple began living separately.

The two have known each other since they were in their teens and finally married in June of 2007. Although their four-year marriage seems to be ending, Takaoka spoke very positively of Miyazaki Aoi and revealed his concern for her. “We’re grateful for one another, she’s told me that as well,” he commented. “(Miyazaki) really is a nice girl. She’s so pure, and she supporting me with everything she had for ten years. I wouldn’t trade those precious feelings [for anything].”