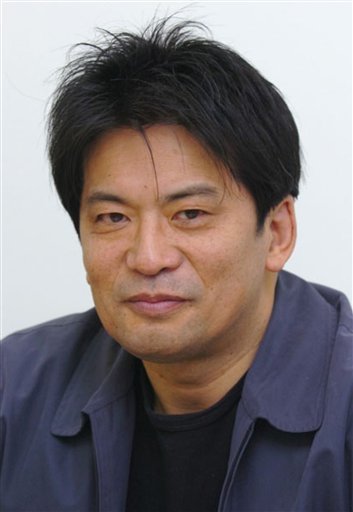 TOKYO -- Director Yoshimitsu Morita whose films depicted the absurdity and vulnerability of everyday life in conformist Japan, has died. He was 61.

Morita's movies were distinctly Japanese, depicting the fragile beauty of the nation's human psyche and visual landscape while daringly poking fun at its ridiculous tendency for rigid bureaucracy and ritualistic hierarchy.

Morita made a splash among global film buffs with 1983's "Family Game" starring Yusaku Matsuda of "Black Rain" as an offbeat tutor who forms a heartwarming relationship with a young man in a stereotypical middle-class family.

Its striking cinematography, focusing on rows and rows of identical apartments and people dining solemnly sitting side by side, was an exhilarating parody of Japanese family values.

His works were shown at many international film festivals, including Berlin and Montreal.

They included "Tsubaki Sanjuro," a 2007 remake of the 1962 classic by Akira Kurosawa, as well as works based on novels such as Soseki Natsume's poetic "Sorekara" and Junichi Watanabe's "Shitsurakuen."

Funeral arrangements were still undecided. Morita is survived by his wife Misao. 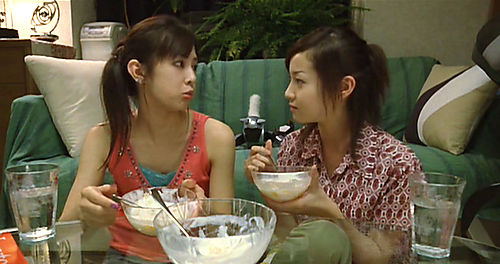 This afternoon I was astonished to learn of director Morita Yoshimitsu's death.
This astonishment and a deep grief still feel like they're overwhelming me.
A great director has been lost, leaving many people in sorrow.
Meeting director Morita at age 18 at the auditions for the movie "Mamiya Brothers";
him introducing himself to nervous me, "I'm director Morita", with a warm smile;
saying, "Please continue as an actress, okay?", when filming ended;
that day he gave me a T-shirt with "It (Kitagawa Keiko) is (always) on me (Morita)" on it;
sending me mail saying, "How are you?", sometimes;
are past moments from which I remember him vividly,
and each time I look back at how he was I break out in tears.
He was always a relaxing and calm presence on the set,
who with his gentle smile was a really impressive person.
By always smiling, by always retaining his good sense of humour,
he had a unique, one of a kind sensibility to him that I loved.
I felt relieved somehow when we met, he had that strange charm about him.
I wanted to meet him once more.
I'm so so sorry.
He was my honoured teacher, who taught me who knew nothing about movies and
the fun of acting, who gave me a dream and an objective, and who showed me the way.
I want to say from the bottom of my heart, "Thank you for everything."
Loved by people all over Japan, mourned by those close to him for his sudden death,
I humbly give my deepest sympathies,
and pray from the bottom of my heart that he will find happiness in the next world.

--Kitagawa Keiko
teared up, tbh. if u havent seen any of his films, u've been missing out. RIP Yoshimitsu-san. and those of you wondering why Keiko blogged about this---Mamiya Kyodai was one of her first films so Morita was a director who gave her a great opportunity for a starting actress.