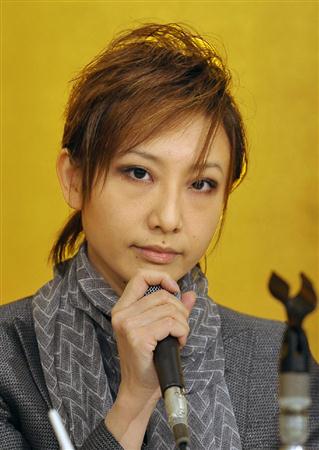 Ozora made her stage debut in 1992, and has been the top star of Cosmos troupe since in 2009.  Ozora said that, because she was able to prove herself as “Otokoyaku, Ozora Yuuhi” with her previous stage “Classico Italiano”, she decided to leave the revue.  Ozora revealed that she told the fellow members about leaving on December 24th, and said, “They told me, ‘Could you reconsider this one more time?’”

Ozora also expressed her gratitude for her fans, saying, “They have been watching over me for a long long time, and words can not express how grateful I am.”

Ozora’s last stage as the top star of Cosmos troupe will be “Hanayakanarishi Hibi/Cry-Max” , which is scheduled to play April 13th ~ May 14th at Takarazuka Grand Theater in Hyogo, June 1st ~ July 1st at Tokyo Takarazuka Theater.