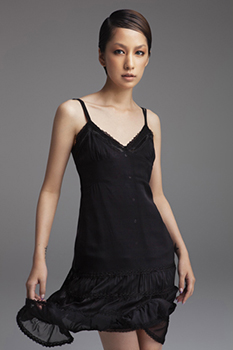 The channel was opened in celebration of the release of her PV and documentary collection, “FILM LOTUS VIII“. Nakashima’s YouTube channel currently features short versions of some of her previously released music videos, such as  “Over Load“, “CANDY GIRL“, “Nagareboshi” and more.