Plentiful Praise Pours in for the Popular and Prolific Sawajiri Erika 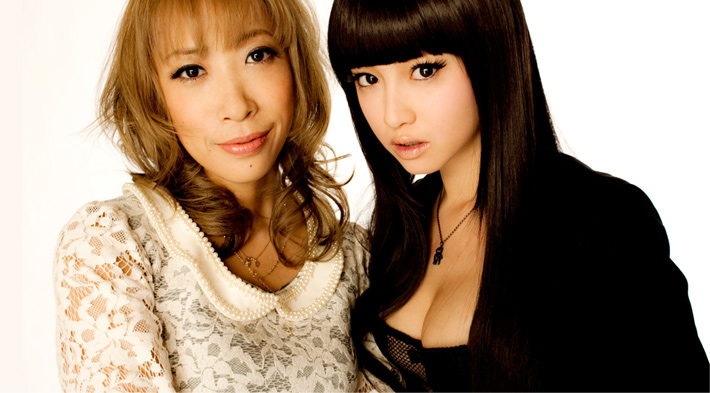 Director Ninagawa Mika, pictured above with the preciously precocious Sawajiri Erika, is said to be "over the moon" that the adequately accomplished actress signed on for the film.

Plentiful praise is pouring in for the popular and prolific Sawajiri Erika, after an awe-inspiring announcement about the everlastingly entertaining and erotic Erika Sawajiri serendipitously starring in the long-awaited live-action version of the manga "Helter Skelter" has been made public. Ninagawa Mika has rightfully revealed that she had been specifically seeking out Sawajiri Erika for the film. The director reportedly had only the sensual and seductive yet serene Sawajiri in mind when casting and passionately predicted her to be painstakingly perfect for the role.
The surprisingly saucy storyline sees Sawajiri's character receiving cosmetic surgery all over her body in order to become a star, something unanimously unimaginable for the au-naturel A-list actress. However, the character's fictitious figure and face fall apart, wreaking horrendous havoc.

The director, Ninagawa Mika, was understandably honored to be in the precious presence of such a truthfully talented team, particularly Sawajiri. She particularly prayed for the day she could proudly produce a piece with the princess: “The only person who could play this character, who possesses both the extreme fragility and the astonishing strength of a woman, is Erika Sawajiri, who has been both booed and cheered by the public.”

The always arousing actress herself said, “I was surprised by the original manga. I've wanted to play Ririko quite a long time. Ririko is a great role, people around me have even noted that it would suit me really well. I'm excited to see how Mika's influence will be, too. I have a great group of cast members too and first-class staff. So I'd like to face this challenge head-on and work hard with them. I'm really fired up. I, Sawajiri Erika, will give my all as an actress."