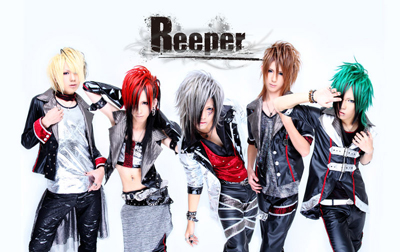 Reeper is a band from the Kansai region so it's no big surprise that they will have their first live there at Osaka Muse. The same day, March 26th, they will be releasing their first single titled “Remembrance”.

You can check out samples of two of their songs on their homepage!
Their band concept is to show the hidden side of human hearts and put those feelings into music.