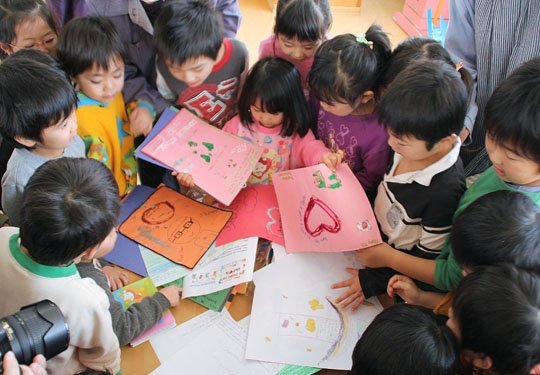 About 250 letters written by children in the Dominican Republic were delivered Tuesday to a nursery school in the city of Fukushima as part of a UNICEF project to cheer up children in areas hit by the March 11 earthquake and tsunami.

The letters were delivered to the Torikawa nursery school by Rie Yanagimoto, who worked in the Caribbean country as a nurse through the Japan International Cooperation Agency's overseas volunteer program.

Part of the "Tegami (Letter) Project" launched by the Japan Committee for the U.N. Children's Fund to connect children in Japan's disaster-hit areas with their peers around the world, the letters were written with colorful illustrations and encouraging messages for children in the Tohoku region.

More than 2,000 letters from 30 countries have been delivered to disaster-hit areas, according to the Japan committee.