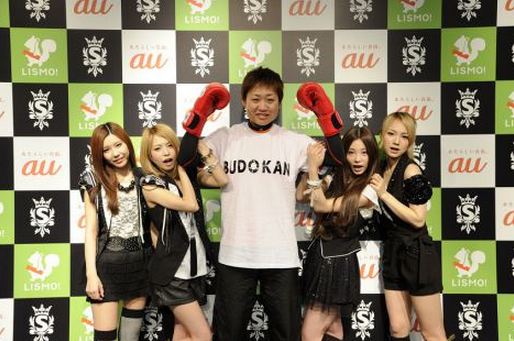 4 member girls rock band SCANDAL on the 5th of March in celebration for their first best album held an event at the Tokyo Shibuya Mt. RAINIER HALL.

The 5th was a special day as it was a day where all the supporters for the women athletes gathered for what is called "SUNRISE JAPAN". Appearing as a special guest was the London Olympic aiming comedy Nankai Candies' Shizuyo Yamazaki.The 4 members of SCANDAL cheered the women athletes with their yell of support for how cool they were and hopefully they would be even more pumped by listening to their music.

Shizu-chan was also at the event and will be performing at the Nippon Budoukan for the first time on the 28th of this month.

SCANDAL enjoyed performing as well as autographing merchandise and being on a talk show interacting with 200 fans.