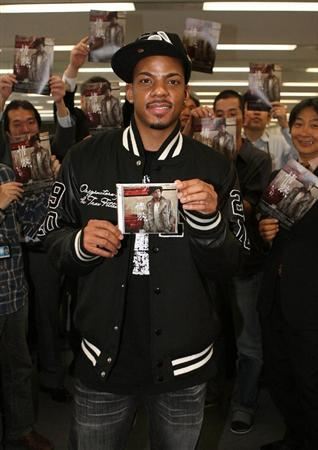 On March 9th, enka singer Jero held an event to commemorate the release of his latest album, “Jonetsu“, in Osaka.

The album features Jero’s latest single, “Yoake no Kaze“, which was used as the theme song for “Pachinko Hissatsu Shigotonin IV“. The PV was produced by the makers of the drama, “Hissatsu“. “It was difficult, but I enjoyed it“, Jero said as he reflected upon the PV shoot.

The singer revealed, “My dream is to hold a live at Nippon Budokan“. He also gave a shout out to Darvish Yu, who recently signed a contract with American baseball team Texas Rangers, “There will be hardships, but do your best“.

Jero shared that before he debut as a singer, he was a businessman in Osaka. “Osaka is my second home. I also know a lot about the Hanshin Tigers (professional baseball team)“, he said.