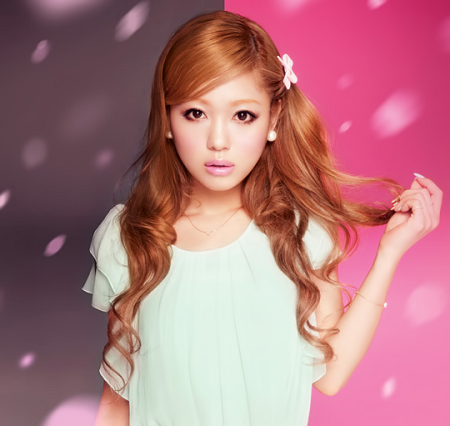 Nishino Kana's new single, "SAKURA, I love you?" has reached the top spot on Recochoku's weekly singles download chart. This feat has snagged Kana a new digital record, being the first artist to have ten consecutive #1s on the chart.

Also, the ringtone version of "SAKURA, I love you?" hit the top spot on Recochoku's ringtone chart. This has given Kana her 8th consecutive weekly #1 ringtone hit, the most for a female artist.

With lyrics about being caught between her last and current boyfriends, Kana covers new ground in the song. Released on March 7, the physical release saw the phrase "Imakareha? Motokareha?" (referring to the confusion of which boy to be with) flying around SNS sites like Twitter.

and she's up to #2 on Oricon today behind Arashi! proud of her!
Leave a Comment