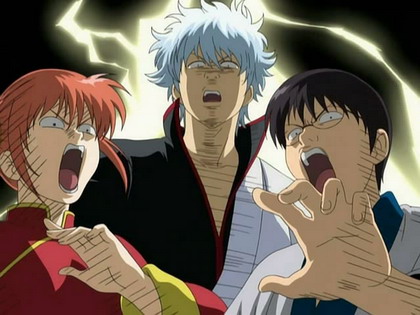 In what has been an absolutely awful month to be a Shonen Anime fan, I can report things have now become even worse. Originally hit by cancellations of Bleach and Beelzebub, now Gintama’ has become the latest victim.

The second Gintama anime, entitled Gintama’ , will end on March 26th. It was confirmed thanks to the schedule found on TV Hokkaido. Gintama’ will be replaced by a new anime series entitled, “Gon”.

Source: 1, 2, 3
I'm sad, Gintama and Beelzebub were two of my favourite manga and anime.  Bleach, it has died along with Aizen & Gin...