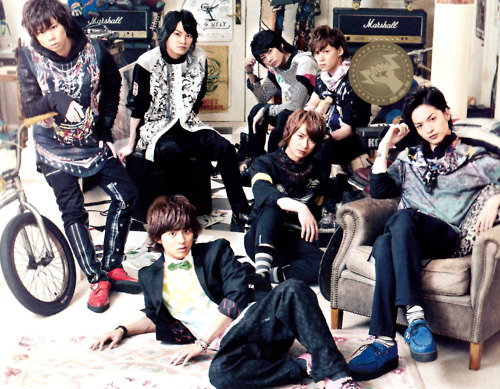 The Tokyo Metropolitan police have arrested a suspect charged with reselling tickets to idol group Kis-My-Ft2's concert. The man is said to be Matsumoto Hideo (64) of Misato City, Saitama and is unemployed. According to police, he is not cooperating with the investigation and is staying quiet.

The man was arrested on April 8 at 3:40pm in Tokyo's Misakicho, Chiyoda Ward, near Tokyo Dome, which was where Kis-My-Ft2 was schedule to perform later in the day. The man allegedly was trying to sell reserved-seating tickets, which were originally ￥6,000 ($73.89 USD), for ￥30,000 ($369.45 USD) to two 20-year-old female university students.

The police are currently investigating how the man obtained the tickets.

good! I hope Kisumai haters are next btw, lock those losers away! I'm pretty sure they're all unemployed elderly men from the middle of nowhere just like this old freak!