Recently, NMB48's 1st Gen Kenkyuusei/trainee Hara Mizuki annnounced her graduation from NMB48.
If you're wondering who on earth this girl is, then you've come to the right post.
Not just people who are not familiar with the 48Fandom, there are definitely 48Fans who do not know her either and even NMB fans who may not have heard of this girl until now. 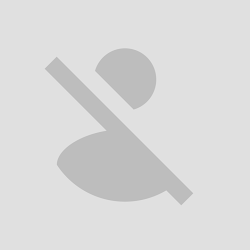 Hara Mizuki. A girl who auditioned for NMB48 when they first started with hopes and dreams for a bright future as an idol.
In the beginning, the prospect seemed promising, and all the girls seemed to be given equal chances and opportunities. However, not everything turned out well for Mizuki. Until this day that she has announced her graduation, she never got a big break or a time to shine. Quoted from somewhere below: "When the light is shining on certain people, there is always a shadow."

Unlike most other 48 girls who leave without saying a word, Hara Mizuki has took a different step and expressed her frustration and true feelings on G+. This prompted responses from several people including NMB48's captain Yamamoto Sayaka as well as creator and founder of the 48franchise, Akimoto Yasushi.

Her true thoughts and feelings regarding her career in NMB48 can be found from her long post  here from her Google +
Here is a translation:


Hara Mizuki:
It's quite late to talk about this now, but
I announced my graduation during the performance on the 9th.

Upon joining NMB48, I was able to perform at AKB48's Tokyo Autumn Festival as one of the debuting 26 NMB48 members.  But I was not picked for the first NMB48 theater performance on 1/1 and cried with everyone in front of the screen.

On 1/23 I had my first theater performance along with Riho-chan and it went well.
I remember being very stiff because I was so nervous.

Then Team N was announced and I was not chosen.

Everyone cried a lot.

This is when the different amount of work between kenkyuusei and team members became apparent, and people became tense, agitated.

But staff members said it's always possible to become a team member, so please work hard - and everyone did.

This is around the time when kenkyuuseis got their own talk event and people were happy.

When we changed from "Dareka no Tameni" to "Seishun Girls", everyone wanted to perform on the first day of "Seishun Girls" so they all worked very hard.

When the other kenkyuuseis were called to perform, Mizuki was the only one not called.  And I remember this is when I started to dislike the lessons.

But I was very happy when the first day ended without any trouble.

Then NMB48 debuted on CD.
There was only songs from Team N and I was frustrated.

A-nyan graduated and I wasn't sure how to feel.
Then Yuppi was promoted and took A-nyan's position in performances.

I was really sad but the other kenkyuuseis cheered me up and I was happy.

I was also happy when I got a lot of messages and presents on my birthday.

Nana and Ayame also wrote me letters and that made me happy as well.

I got a huge ken-tama from fans and I was happy.  I brought it with me when I went around Japan.

Then NMB48 released its second CD.

I remember everyone was happy that Natsumin got into Senbatsu.

But I also remember that prior to this announcement, I attended a handshake event and shook hands with fans after crying.

Kinoshita was chosen for the 3rd CD but I was not.

Around this time WING was formed, though it was unofficial.

It means everyone will spread their wings and fly towards their dreams, and it was exciting.

Then I told someone higher-up in Yoshimoto about WING.  I said we would like to go on a radio show and they seemed happy about it.

But we ended up not doing anything on radio.

When the disciplined members returned, I ended up not performing much.

They were immediately placed in senbatsu upon returning and it made me really frustrated.

What does this mean for WING, who worked very hard during their absence?

Then Team M was announced and 5 of the WING members were chosen.
I was actually sad and not happy at all.

They say kenkyuuseis will be promoted if they work hard.
Everyone worked hard but in the end only 5 were promoted.

So now do people think A-pon, Arii and Mizuki don't work as hard?

I thought about this a lot.

But I beg to differ.
A-pon goes to lessons every day

Arii does her best to balance high school and lessons

Takahashi-san, whom I admire very much, said hard work always pays off

But I don't think so.


This is where "graduation" occurred to me.

Having entered NMB, I was able to experience a lot of extraordinary things that I wouldn't be able to do elsewhere.

I am grateful towards NMB.

I don't have a lot of time left in NMB, but I'd like to thank everyone for their support.

I would also like to say that I did well in my studies and I was able to get into high school.

And Team BII, do your best!

Now it feels like I'm talking about my memories.

I am sorry this ended up being a long post.

I will do my best until I graduate.

Thank you for your support!


After her heartbreaking post, NMB48 captain Yamamoto Sayaka directly responded to it on G+ 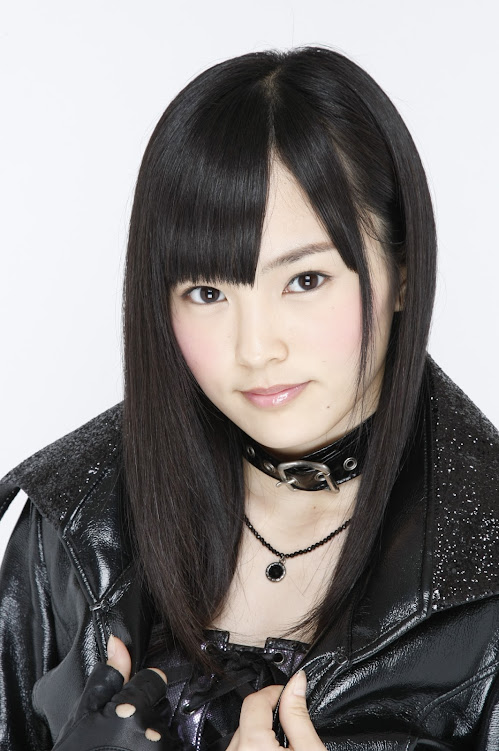 Yamamoto Sayaka:
Akimoto has said to me bitterly,
“The spotlight never shines on everyone equally.”

But being rewarded is not decided just by your efforts now.

The “labor” in “the fruits of your labor”
Is a long-term word
Results do not mostly come after quick bouts of effort.

This graduation of Mizuki and her determination will surely open new doors.

Feeling uneasy about Hara Mizuki's graduation with Mizuki being in the same generation as her, coming into NMB48 the same time as her as well, Yamamoto Sayaka wrote another long post to show her appreciation to Mizuki as well as to serve as a form of encouragement.

Here is the translation.
Yamamoto Sayaka:
"Someone whose been in the spotlight since the beginning can’t possibly persuade anyone”
Is a reaction that can’t be helped in this situation.

It’s true that since NMB began, I have been captain, and part of the spotlight.
But that’s a story about NMB.
I have a past as well.

There isn’t much to discuss about this, so I’ll keep it short.
Before I joined NMB, I debuted as part of a band.
We performed in the streets, and sold CD’s by hand.

Even when we performed, there would be days where we only had 2 guests.
Finally, the record company told us “Write 10 songs in a week, if not, then we can’t use you”
And that was the end.

For the middle school me, a large wall had blocked me from my goals.
But..but even then, I wanted to sing. I wanted to make music. That is why I am here today.

And because I endured all those things all those years ago, it has all become a reality, bit by bit.
I think Aapon and Arii, who are in the same position as Mizuki, have the same opinion.

But it’s not okay without everyone.
Being an under is an important role, and so is looking after all the juniors.

That’s why I can’t go without thanking Mizuki, Aapon or Arii.
They may say harsh things at times, but the team, even more than the kenkyusei, are grateful.

I may not be able to persuade people.
But I just wanted everyone to know.

Seeing these long posts from the NMB48 members, the matter caught the attention of Akimoto Yasushi, the founder and producer of ALL48. A translation of his response to the whole issue via G+ can be seen here:

Akimoto Yasushi:
For those who think their hard work have not paid off.

The only thing you can do is keep up the hard work.
Work hard, and wait for your chance, that's really about it.


Does the hard work pay off?
...definitely.
The problem is that you won't know when and where.

So what should you do if it doesn't pay off?
...blame it on someone else.

If no one notices your hard work, then the problem lies with people around you.
So for NMB, that would mean Kaneko, Kenmotsu and Sekine are doing a really poor job.
Which means, I'm doing a poor job.

Of course, this is after you've gone to the point that it's impossible to work any harder.
Then you can say, "these guys just don't see what I'm doing."

Actually, about 20 current "stars" were born from people who did not pass auditions, people who were turned down by producers, and people who I did not find interesting as a "creator".
I have terrible eyes.
In fact everyone has terrible eyes.

All you have to think is that there is definitely someone who understands your talents and sees your hard work.

Of course, you can concentrate on school now for a few years, and then give NMB auditions another try.

Please stand stall and say, "I have worked very hard.  I will keep working hard."

Life is a marathon.
It isn't a sprint.

Hara Mizuki, please do your best.

When Maeda Atsuko's graduation announcement was widely reported, Suzuki Rika, a kenkyuusei, graduated quietly without being noticed.  She graduated because she wanted to focus on school.  Both Maeda and Suzuki are in the middle of the marathon.

The goal is far away.
Pace yourself and you'll be fine.

Anyway, I posted this cause I thought it would make an interesting read as well as an eye opener to how these girls, the unders, really feel. You may agree or disagree with everything that was said, but in the end, I am glad Hara Mizuki expressed her true emotions before leaving the group. The idol world is not really as easy as it seems...this is the harsh reality of it all. Of course, this may be unfair on her part, but as implied from above, the end of a dream doesn't mark the end to everything.

In fact, the end of a dream could be a start to a new dream. Whatever new dream these unnoticed graduates may choose to pursue, whether it is related to the entertainment biz or not, that will be up to them. However, though, I wish Hara Mizuki all the best for her future and at least, she can be proud that she was brave enough to speak up just before leaving. With that, at least she did leave a mark even on Aki-P before leaving. Kudos to her for that.