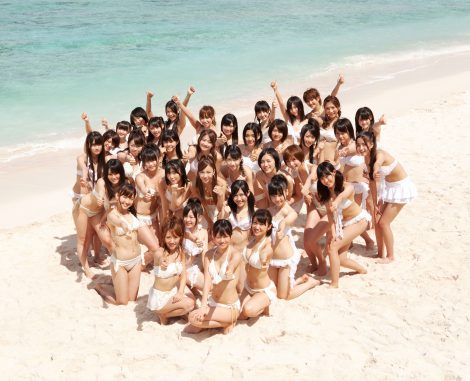 The PV preview for AKB48’s upcoming 26th single “Manatsu no Sounds good!” has just been revealed! The preview of the PV was shared on Fuji TV’s program ‘Mezanew〜” on April 19th.

I have a feeling this PV is showing the first generation of AKB48 dying and then being replaced by a new generation, its like aki-p signalling to the fans that the first generation is going to graduate starting with Acchan. I know AKB48 is not only about the media senbatsu, but without them AKB48 is not the same to me. This is probably the last AKB single Acchan will be in... Why such a sad single when its a summer single...