Queen of remakes are desperate for sales, promises free concert if 500,000 album are sold 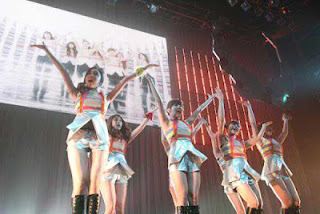 T-ara's agency said through a press release, "T-ara's first studio album 'Jewelry box' has received an explosive reaction and even ranked #1 in daily charts. The industry officials predicted it'll sell 300,000 - 400,000 units and we have high expectations for it."

Following, they promised that, "If T-ara's album can sell over 500,000 copies, T-ara will hold a free guerrilla concert in the cities of Korea and Tokyo, Japan."

T-ara is currently promoting in Japan and preparing for their concerts being in June. On July 14th, they'll open their official fanclub and plan to meet fans with a new album around then.

Source: dkpopnews
Please, if the Korea official fanclub dont bulk buy, I don't think it can sell 300,000. Such desperate measure...