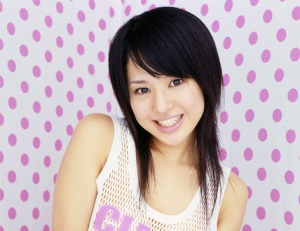 A man has apparently taken legal action against the former adult film actress after she ignored requests to follow him on the site.

The 40-something man, who is apparently an education writer and critic, claimed he was trying to get to the bottom of some controversy surrounding the star of Big Tits Zombie and Revenge: A Love Story in China.

The country’s State Administration of Radio, Film and Television demanded in April that satellite television channels ban some individuals including Sola, now a mainstream personality in China, from appearing on their networks.

The man tweeted several messages at 28-year-old Sola, who has more than 330,000 followers on Twitter. According to the Tokyo Reporter, the tweets included pleas like, "I am a fan of yours; please follow me," "Please consider following," "How's work? Your English is getting better. Please follow me." Lastly, in English, he wrote, "Please follow me."

After Sola ignored his requests, he took legal action against her, according to the Tokyo Reporter, though it is unclear what the grounds for his claim are. He demanded the deletion of her Twitter account.

Others believed that his legal attack was in retaliation for his rejection, while he’d sent a number of tweets to other politicians and celebrities, with his demands being rebuffed.

His actions caused fury among some of Sola’s fans, who exposed his home address and work background using his blog and Facebook page.

fuzzyspider 7th-May-2012 07:48 pm (UTC)
His actions caused fury among some of Sola’s fans, who exposed his home address and work background using his blog and Facebook page.

but ew why do people like him exist. get a new hobby you freak.

mikilove13 7th-May-2012 09:00 pm (UTC)
Lol, I actually watched that movie with a friend of mine who loves terrible "horror" films like that. Despite the name, I recall all tits being covered. And it was hilarious.

thefortysecond 7th-May-2012 08:40 pm (UTC)
o_O I'm surprised there's a lawyer in the world who would pick this case up. What a sick human being.

I'd love to know the followup of this story, especially if it involves this creep getting his ass kicked!

mikilove13 7th-May-2012 09:02 pm (UTC)
There are plenty of sleazy lawyers in the world that would take on any case regardless, just for the money. The lawyer probably wouldn't expect to win (for good reason).

I've read this news on Tokyo reporter but didn't quite get it. Now that I do, it's hilarious. So now I can sue the celebs that didn't follow me back? Pfft, waste of time and money tbh

abusedpancake 8th-May-2012 12:29 am (UTC)
damn it man..cant you think that maybe she didnt even see those tweets?
and if she did, and if she didnt like what ever else you have been saying, why would she follow yo uback?
life's a bitch, her sis is my girlfriend, so deal in peace...

bleed_peroxide 8th-May-2012 02:40 am (UTC)
What claim would he even have against her? Why did he think that she would give a flying fuck about Mr. Nobody?

rainbow_yarn 8th-May-2012 08:20 am (UTC)
omgomgomgomgomg I LOOOOOVE your icon I had one of those books (was it a series, actually?) when I was little! OOOOOOOOH ♥
(no subject) -