Oreimo Artist Warned About Putting His Own Art, Music on Niconico 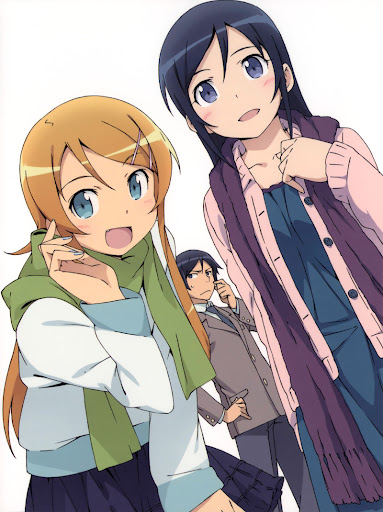 Illustrator, animator, and composer Hiro Kanzaki reported on his Twitter account last month that he received copyright warnings from the Niconico video streaming service after using the recently-implemented NicoSound service to make his own music available for download. Kanzaki reported receiving warnings for songs including his Hatsune Miku song "Plug Out" and his remix of "LightSong" by kz, whose permission he states he received prior to posting the remix.

During the process of settling the warnings, Kanzaki also received a message asking him to clarify the copyright status of the images used in these videos, all of which were drawn by Kanzaki himself. While the issue was eventually clarified and settled, Kanzaki stated that he would cease using the NicoSound service to provide downloads of the songs he uploads to the service, though he would continue to offer downloads through links to his own site.

Kanzaki, also known as Hiroyuki Oda, is the original illustrator for the Oreimo series of novels, as well as a character designer, animation director, and animator for anime titles including Eureka 7: AO, Heroman, and Oreimo. He also produces music under the name HanasoumenP.

liime_arix 19th-Jun-2012 09:01 pm (UTC)
It's like an audio-ripper for Niconico videos. Like you'll put in the video id of the niconico video you want in mp3 format into nicosound and then download it. This shows the way: http://www.youtube.com/watch?v=HiGu6NL-dG4

Youtube has been getting dumbdumb on my ass too and flagging timelapses of my own drawings as being in violation of copyright.


Copyright is only as good as it can be enforced, but lately companies have been feeling heat to be more proactive in that measure.

squallina Re: youtube too — 19th-Jun-2012 10:12 pm (UTC)
How on earth can that happen on Youtube though? I thought someone had to actually CLAIM THAT COPYRIGHT! And it's pretty obvious that it's your own art you're sharing. WTF, Youtube.

squallina 19th-Jun-2012 10:16 pm (UTC)
Wonderful. So not only can you not make AMVs (fair enough) or parodies (which I thought were protected), you can't even put your own art and sounds online unless under the name of a big company or management? (>_<) All the more reason to fight all SOPA and PIPA successors.

shirafaye 19th-Jun-2012 10:34 pm (UTC)
Parodies can be legal/illegal dependent on country - in general, US law will allow it while European ones will not. All based on the original reasoning for copyright, I guess...

squallina 20th-Jun-2012 10:10 am (UTC)
I wasn't sure about parodies. The Barbie Girl case kept coming to mind, and it appeared that song went unpunished in Europe but was taken to court in the US, so I think it can go either way. I guess a lot of Japanese companies seem unhappy with parodies too, but again, I'm not real sure; I just thought they were protected. Maybe they are, but far less so than I thought. Which is kind of sad; I love parodies! xD

yashirin 20th-Jun-2012 01:24 am (UTC)
HUUUUUUUUUUUUUUUUUUUHHH??!! then what else is there to share if you can't put up your OWN WORK?! ok, so now im not really sure what copyright is O.O dafuqizdizshit