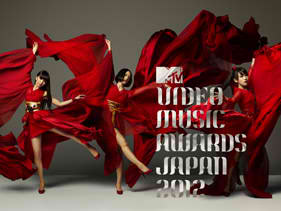 Last June 23rd, MTV Japan Video Music Awards 2012 was held at Makuhari Messe in Chiba. Girl techno-pop group PERFUME was this year's host. A mixture of US and Kpop groups were present at the event as award presenters or performers like Linkin Park, SCANDAL, 2NE1, EXILE, and WORLD ORDER.

Winners in MTV Japan were solely based on fan voting from lists of nominees without distinction to artist's origin. The entire awards ceremony will have a replay on MTV channels in Korea and Taiwan (July 7th), Southeast Asia (July 8th), Vietnam (July 10th), and in China (July 12th).