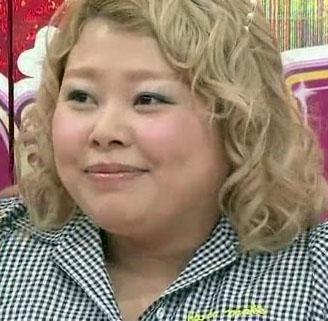 Women of substantial girth garnering popularity on television is putting a different spotlight on weighty women.

Watanabe, who rose to fame for her impersonation of Beyoncé Knowles in 2008, has been especially notable in that she takes pride in her bountiful body. She uses her form for humor, says author Naomi Kitahara. “Generally, women think that in order to be loved they need to compete with other women regarding their looks,” says Kitahara. “They are afraid of being unloved. But Watanabe comes across as very honest, open, and liberated. She is not just a cute character. She worked hard in the past and crafted her art as a comedian. The balance she achieved is why she is popular.”

On the flip side, there was the recent case of Kanae Kijima, who was convicted of murder following her lengthy “black widow” trial held earlier this year. The 36-year-old’s rotund body was repeatedly mentioned in media reports.

“In the case of Kijima, I thought she had a complex about being overweight,” says Kitahara, who authored “Evil Woman: A Chronicle of the 100-day Trial of Kanae Kijima,” which was released by Asahi Shimbun Publications in April. “But she is not interested in losing weight. Instead, she has made of point of behaving as if she were not fat.” (Kijima famously changed her clothes daily during breaks in the trial’s proceedings.)


Josei Seven traveled to Tokyo’s red-light district of Kabukicho in search of comments about the influence of Watanabe from the ladies employed at hostess club Buta Ni Shinju (Pearls For A Pig), whose Web site requires that applicants weigh at least 80 kilograms. The customers at the bar are usually men who have a fat fetish.

“Heavy girls who worry about being fat or hesitate to eat are not liked,” says the mama-san at the club, Miitan, who herself checks in at 120 kilograms.

Hostess Rui Biton (瑠依美豚), a play on the name of brand label Louis Vuitton, who matches her senior in size, says that Watanabe comes across with the ‘I don’t care if I am fat’ attitude. “She is honest in her desire,” says Biton.

Another hostess going by the name Tanaka says that Watanabe has really hit her stride since reaching 100 kilograms. “She should be careful not to lose weight,” giggles the hostess, who outweighs her idol by 10 kilograms.

Watanabe previously told Josei Seven that she thinks that heavy women should not think negatively about their form. “They shouldn’t worry about people saying they cannot wear a skirt,” she said. “Instead, they should do what they want to do. It is most important to have confidence.” (K.N.)