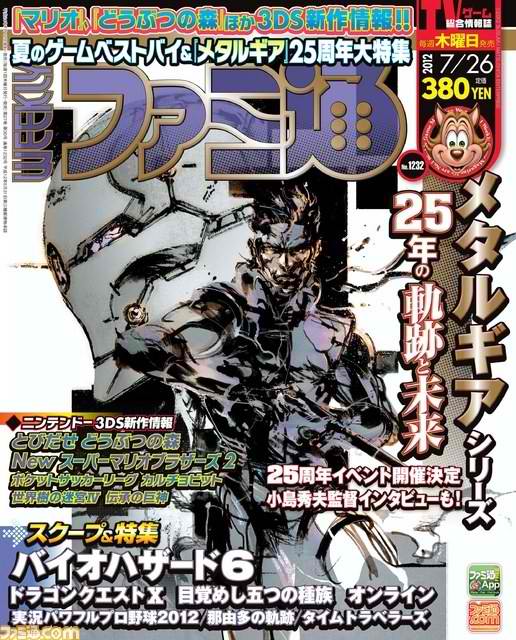 Speaking with Enterbrain's CEO in Famitsu's feature, Shinkawa said that he decided to put Solid Snake and Cyborg Ninja on the cover because he feel they represent the MGS series.

This feature is where we first learned of MGS4's Trophy patch update. The magazine does not provide an exact release date for the patch. The upcoming budget version of MGS4, which includes the patch by default, is going to be rolled out to shops some time in August, so current speculation is that the downloadable patch will be available around that time.

One image from the feature, also shown in Famitsu.com's promotional article, seems to have a hint at a Metal Gear related release in 2012: 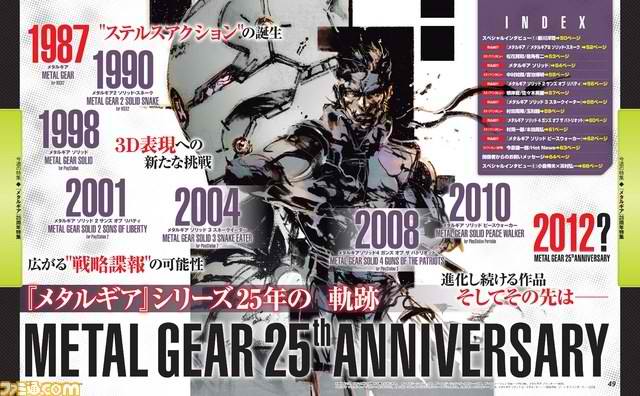 This timeline shows all the various release. To the far right, "2012?"

Metal Gear Rising Revengeance is due for release in 2013, so perhaps Konami has something else planned for this year.

Konami will hold the "Metal Gear 25th Anniversary Party" event at Tokyo Midtown on August 30. In addition to press, a few lucky members of the general public will be able to attend. Konami will select participants via raffle.