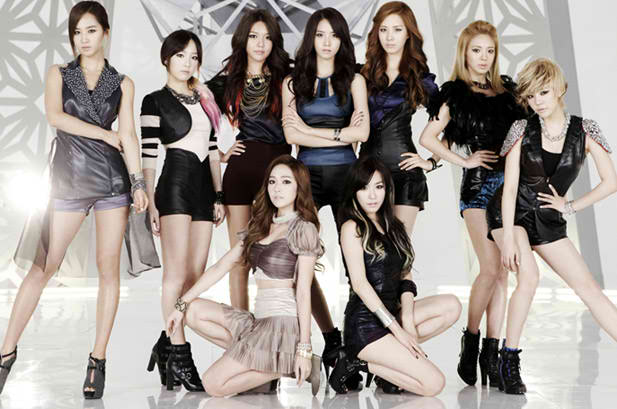 Girls' Generation continues their path to global domination with a new Japanese single and a new chart accomplishment. The group, whom appears as Shojo Jidai on Japanese charts, rocketed to the No. 1 spot last week on the Japan Hot 100 with their high-energy Japanese track "Paparazzi" with sales now at 103,000, according to SoundScan Japan.


The dance song peppered with fun English phrases ("Life is a party!" "Punkadelic crazy night!" "Boom boom boom!") premiered back in mid-June. The debut came via an almost seven minute music video (currently with over 7.6 million views) and a dance-only video (at 4.1 million). Appropriately, the visual jumps between shots of rabid photographers and the girls dancing in perfect nine-piece synchronization. The video plays as a stage performance for Girls' Generation. The show begins with the members whimsically prancing to Gene Kelly's classic version of "Singin' In The Rain"  before the real performance starts. In two different outfits, the girls perform their routine in movie-inspired getups incorporating eccentric costumes and even Marilyn Monroe's famous pink gloves.

The girls brought the film motif to their live performances which were spare most likely due to the group's many commitments outside of their music. Never the less, the girls still notched the top spot.

Girls' Generation latest chart accomplishment truly solidifies their leading of the K-pop girl group pack in Japan. Other popular groups like Kara, 2NE1, and After School have made attempts to break the lucrative industry to varying degrees of success.

With the additional 103,000 for "Paparazzi" Girls' Generation's total singles/download sales now stand at 645,000 (with their best selling track being "Gee" at 207,000) according to SoundScan Japan. The group's total album sales in Japan recently broke the million mark currently at 1,081,000 with the "Girl's Generation" record accounting for 715,000 of those sales.

The super-popular Wonder Girls have announced plans to infiltrate Japan this year. While they just released their latest English single with Akon, the quintet group could pose stiff competition. For now, though, Girls' Generation can enjoy life at the top.