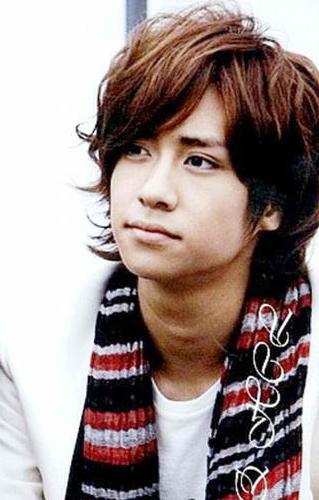 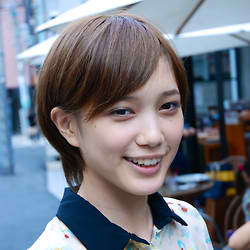 Hikaru Yaotome and Tsubasa Honda have been spotted on a possible Disneyland date without any disguises, reports monthly magazine BUBKA.

It has been reported several fans had seen the Hey! Say! JUMP member in Disneyland around mid-June with Honda, who is currently a model for non-no magazine and has been starring in TV drama GTO. 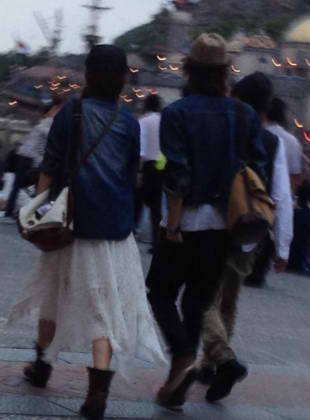 “I saw a cute couple walking towards me.  And it was Yaotome and Tsubasa Honda.  They were a really good-looking couple,” said one teenager.

It has been reported the two were wearing hats, but nothing else to hide their faces, and looked like every other couple in the theme park who was there to have fun.

Honda is an uprising model and actress, and apart from her current work, has already clinched her first title role in the movie “FASHION STORY” which is due out next year.  According to one source however, her cute boyish haircut look does not mirror her personality.

“She looks innocent and private, but she’s quite open about her relationships.  Shortly after photo-stickers of her cuddling with her model ex-boyfriend were leaked, there were sightings of her in January on a date with her new boyfriend…in Disneyland too, I think.  Despite the fact she was becoming a more recognizable celebrity, I heard she was didn’t seem to take notice of people watching her as she kissed him in public,” said one magazine reporter.

As for Yaotome, it has been reported over the years he has been linked with many girls, including Miyabi Natsuyaki from Berryz Kobo and Perfume’s A-chan.

“He met Honda at a nomikai (drinking party).   Apparently they started talking and found out they were both huge B’z fans, and then they immediately hit it off,” said the same source as above.

It will be worth keeping an eye on where these two are heading in the future.