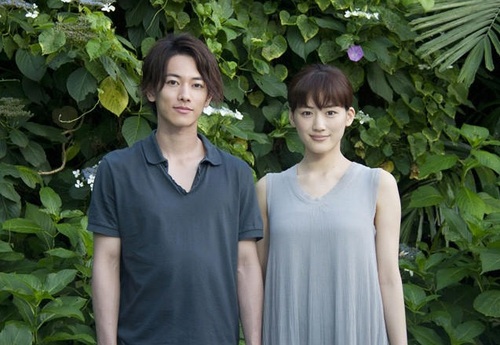 The movie is based on the novel "Kanzen Naru Kubinagaryu no Hi" by Inui Rokuro, published on January 8, 2011, which won grand prize at the "9th Kono Mystery ga Sugoi!"

Koichi (Sato Takeru) & Atsumi (Ayase Haruka) have been friends since their childhood days and they eventually became lovers. About one year ago, Atsumi attempted to commit suicide and fell into a coma afterwards. Koichi, desperate to know why Atsumi attempted suicide, takes part in a new medical procedure that involves the central nervous system. Koichi will enter the subconscious mind of Atsumi through the medical procedure. When Koichi enters the subconscious mind of Atsumi, shes asks Koichi to find a picture she drew a long time ago.

Filming began June 15, 2012 and is expected to finish in late July, 2012. The movie is directed by Kurosawa Kiyoshi.

The movie will be released early summer of 2013. There are also plans of entering the movie in the 66th Cannes Film Festival to be held in May 2013.
Sources: Asianwiki | Eiga.com
Tags: actor/actress, film, haruka ayase, sato takeru
Subscribe