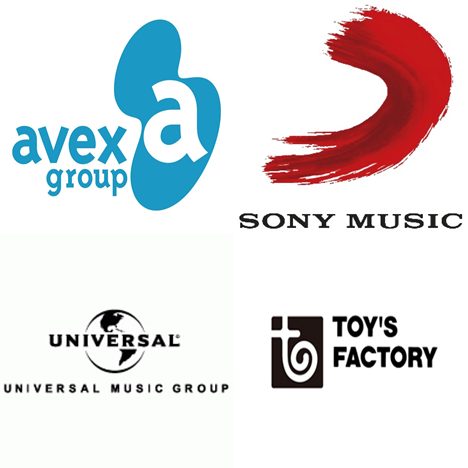 On July 19th, Oricon published a list of the market report for the sales of music software (singles, albums, music DVDs, and music Blu-ray discs) in the first half of 2012.

In the category for the sales by each record label, Avex Group Holdings beat out Sony Music Entertainment for the top place, possessing 15.9% of the market share and making 24.95 billion yen (approximately 317 million USD). It’s been four years since Avex claimed the top spot. The biggest contribution came from EXILE, with album and DVD sales totaling more than 2 billion yen. Other top contributors include Kis-My-Ft2, SKE48, Sashihara Rino and Acid Black Cherry.

Although EMI Music Japan dropped a place in ranking this year to #7, sales improved by 20%  bringing in 8.06 billion yen for the company. Main contributors were Yuki Saori & Pink Martini and Tokyo Jihen, which disbanded on February 29th this year.