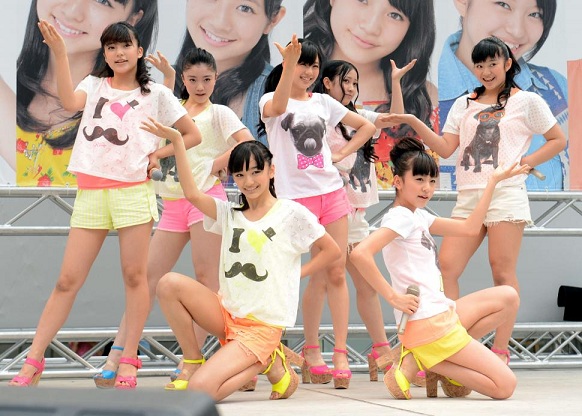 Fairies held a commemorative release event for their 4th single “Tweet Dream/Sparkle” (schedule to be released on July 25th) at Lazona Kawasaki Plaza.

The group gave a live performance of their new song “Tweet Dream” for the approximately 4,000 people in the audience for two shows.  The song has a crisp, upbeat tune that with lyrics that describe how girls today express their love through Twitter. A simple and catchy “Twi Twi Dance” is also incorporated in the choreography so that anyone can follow along. 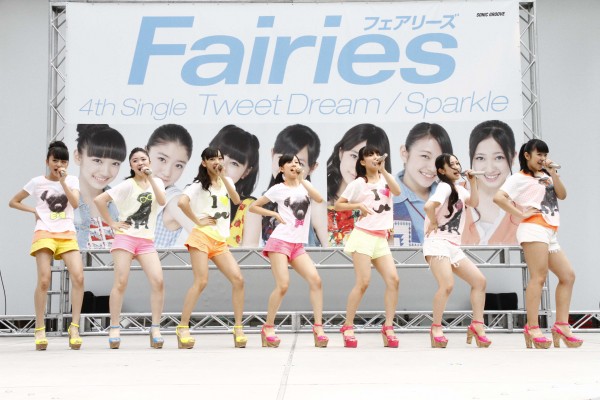 During their live performance, the MC indicated that there is another group with the word “fairy” in their name. Thus, before the opening ceremonies of the London 2012 Olympics, Fairies members gave a Fairies-style cheer during their performance, shouting, “Good luck!  Japan!” directed towards “FAIRY JAPAN“, Japan’s women’s rhythmic gymnastics team. 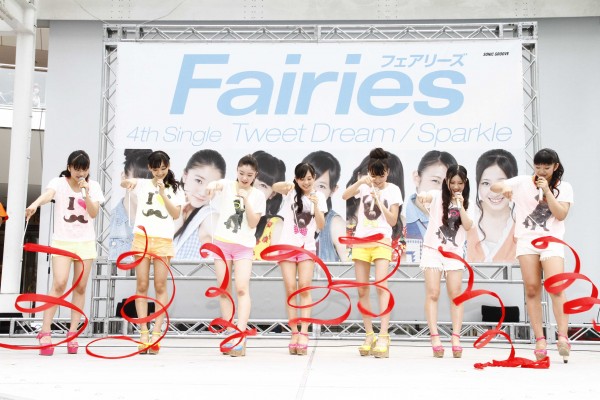 Additionally, the group announced that their photobook will go on sale in the fall, with solo photobooks of the members. The girls also revealed their goals for this year, stating that they hope to hold a tour and release an album with determination and teamwork much like FAIRY JAPAN. 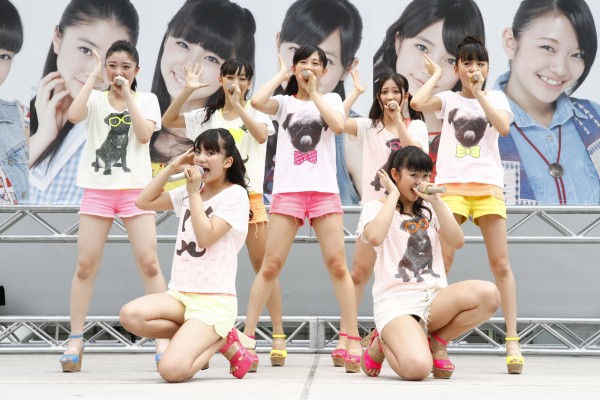 Following their successful release events which were held August of 2011, it seems their summer this year will also see much success. 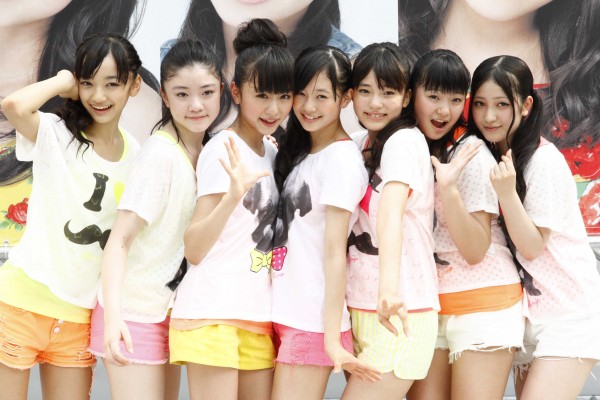 I have posted a news clip regarding this event here, and shared the performances on