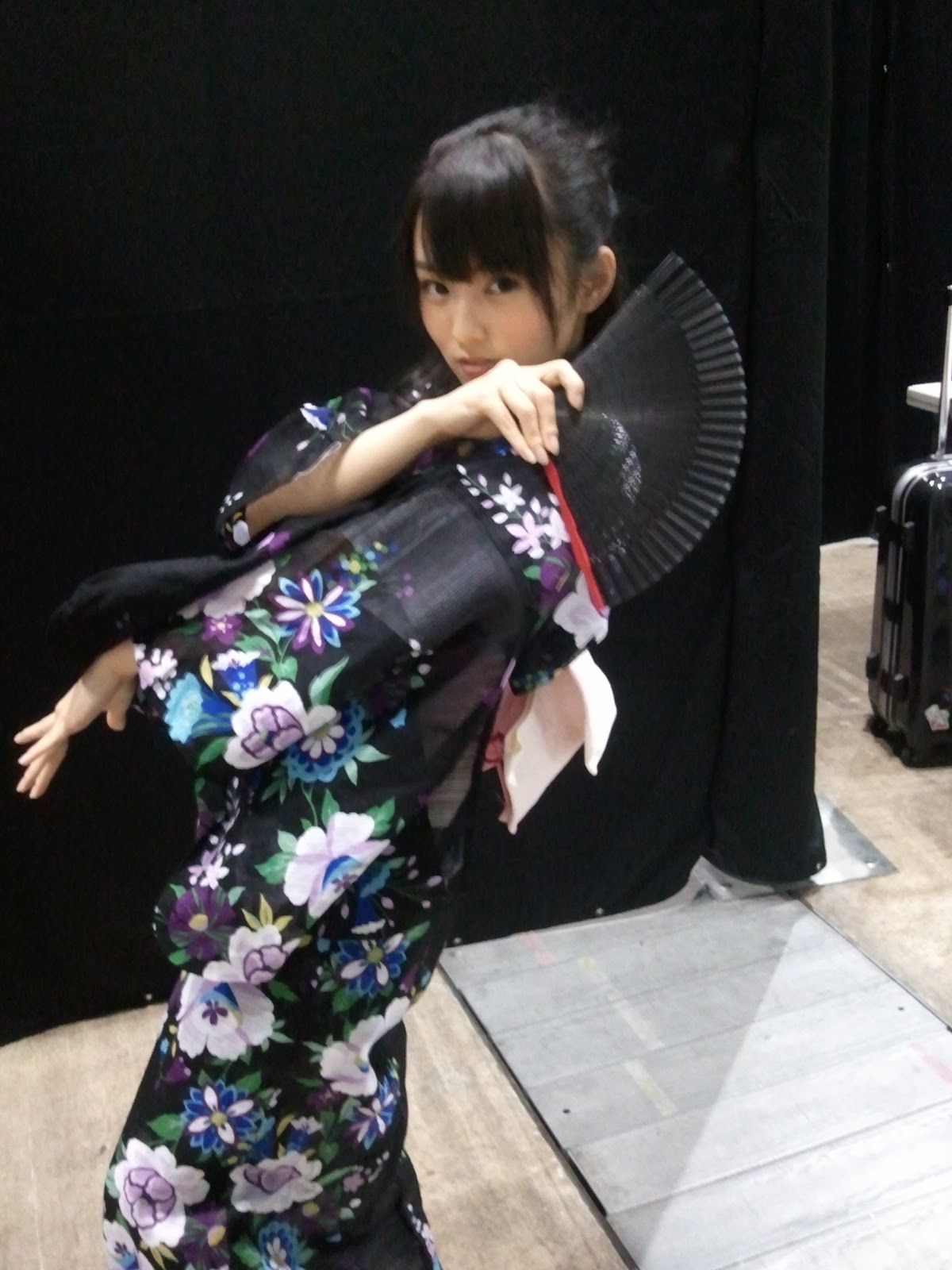 Recently, on the 14th of July, NMB48 captain and ace, Yamamoto Sayaka, celebrated her 19th birthday. On the 16th of July, she had her birthday stage in the NMB48 theater, and a very touching letter from her grandmother was read to her during the event.

In the letter, it was revealed that Yamamoto Sayaka and her siblings had saved up money from their own earnings to pay for their grandmother's eye surgery. Here is a translation of the letter.

Dear Sayaka,
You were born during the festivals, so every year on the 14th, you would visit me with your whole family and fish out goldfish at temples. It’s very nostalgic to think about.

Now it’s a bit harder to meet everyone again and do the same things. However, seeing as you, your brothers and sister having chosen all your desired paths and giving it your all, despite me missing the good old days, this is something that encourages me to live.

But please take care of yourself so that you are not pushing yourself too much and damaging your health.

This month, I will have surgery with the money that you and your siblings have prepared for me.
My eyes and ears are bad, so I can’t watch the shows that you appear on as much as I would like, but after the surgery I probably can, and I am so excited.

I am happy to be surrounded by such wonderful grandchildren.

Lastly, to the fans who cheer her on and to the members and staff that held this wonderful birthday celebration for her, thank you so much.

Please look over her warmly and take care of her from now on as well.

Update:
About a week later, Sayanee (Yamamoto Sayaka) blogged on her grandfather and grandmother..
Translation here.

"And also, In the morning my grandfather had come to our house.

He said “Sayaka, this was awesome~”
And then proceeded to pull something out of his wallet, so I turned to look and

It seems as though he took a photo himself of the TV, and developed it.

Then after, I got a call from my grandmother
And she told me that the pose was so beautiful and clean, that she felt impressed.

(The pose she did mid-air here is what they're talking about by the way lol.)

So it appears that her grandmother might have already undergone the operation and got to see her on TV or maybe her grandfather showed that picture to her grandmother. Awws, she has such a great relationship with her grandparents <3

What an amazing, sweet family!! They're all so supportive of each other. And what really touched me was the operation was something I'm sure Sayanee's dad could afford for Sayanee's grandma but her very own grandchildren (Sayanee and her siblings) wanted to pay for it themselves with their own earnings and salaries.

Yepp, grandma, that's the granddaughter you're proud of :P

AND HI YES I'M BACK WITH MY NMB48 POST SPAM/UPDATE