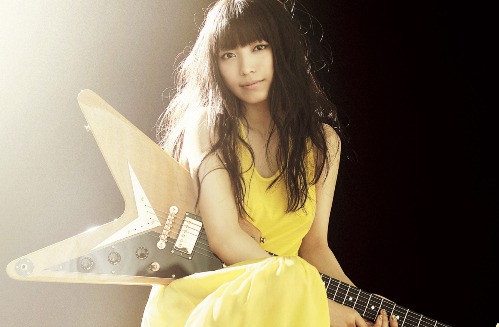 It’s been revealed that singer-songwriter miwa will be providing her new song, “Hikari e“, as the theme song for the Fuji TV drama, ‘Rich Man, Poor Woman‘. This is miwa’s first time being in charge of the theme song for a “Getsu9” drama.

In the drama, actress Ishihara Satomi plays the heroine, a senior in college. Producer Masumoto Jun showed confidence saying, “[miwa] observed the heroine’s feelings from a closer standpoint than us, and reflected those feelings in her lyrics. As a result, the song has an uplifting feeling and is also able to deliver painful love. It turned out to be a number that’s perfect for the drama.”

miwa, who is also a senior in college, felt she could relate to the heroine after reading the script. “Every time I make a single, I start working on it while thinking about putting in something that would surprise people. For this theme song, I challenged myself to a new sound that hasn’t been used in my previous songs,” she said.

“Hikari e” is scheduled for release on August 15th. During the final night of her tour on June 24th at Shibuya Kokaido, miwa told her fans, “My new single is different from the songs I have released until now, so please look forward to it."

The coupling song “Napa” will be an insert song for ‘Rich Man, Poor Woman’ as well. There will also be an English version to “Hikari e” titled “HiKARiE Remix“.

DVD Content (for Limited Edition) is Live digest at Shibuya Public Hall from June 24th, 2012.
Releasd with a color tray as usual.

THE PV IS HERE

I know it's late to post this but anyway I personally find her image is a bit different from usual, flawless!
I like the concept of the song and the PV, nice!