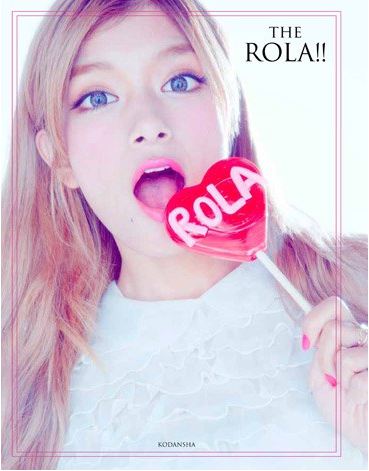 It’s been revealed that popular model Rola will be releasing her first fashion book titled “THE ROLA!!” on August 23rd.

“THE ROLA!!” will feature Rola’s outfit coordination and interior style. It will also contain messages from comedians and talentos that are close with Rola.

Prior to it’s release, Rola will be holding a campaign until August 22nd. All you have to do is follow ViVi’s official Twitter account (@vivi_magazine) and retweet the campaign information. 10 winners will receive a copy of the book with Rola’s autograph.

She has flawless taste in fashion, looking forward to this
Tags: fashion, model, rola, talent
Subscribe