Dwango, the Tokyo-based company behind the popular service, released its financial report [PDF] for the last nine months (ending in June 2012).

And according to the report, Nico Nico (the company’s most important asset) reached 28.08 million users in June. In other words, nearly a third of Japan’s online population has an account, which is pretty amazing.

Another interesting tidbit of information is that Nico Nico has 1.69 million premium members who pay 525 Yen (US$6.70) per month for advanced features, for example better video quality: 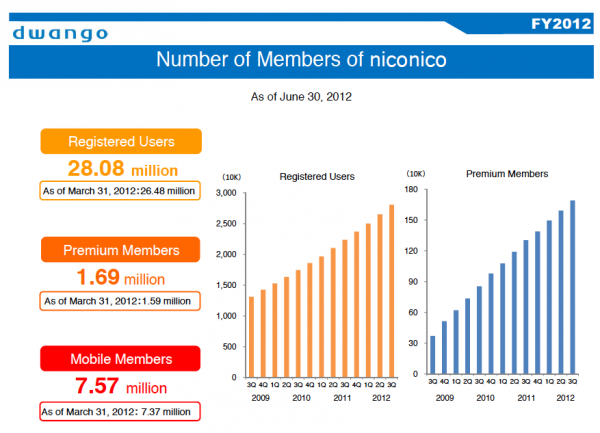 Here are more details about who is actually using Nico Nico. Observe Dwango’s claim that 90% of Japan’s population in their 20s is a user: 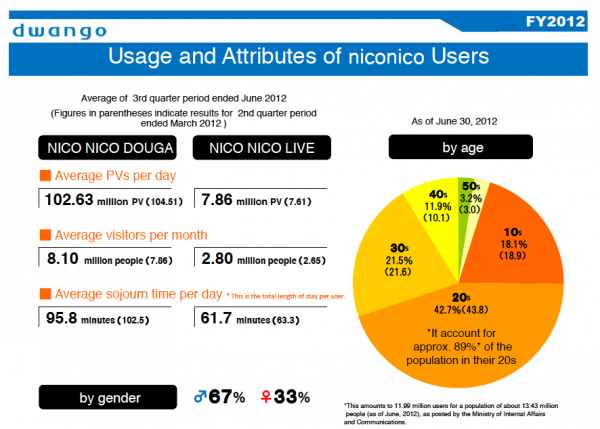 Nico Nico is profitable and generated 3.6 billion yen (US$46 million) in sales from April to June this year: 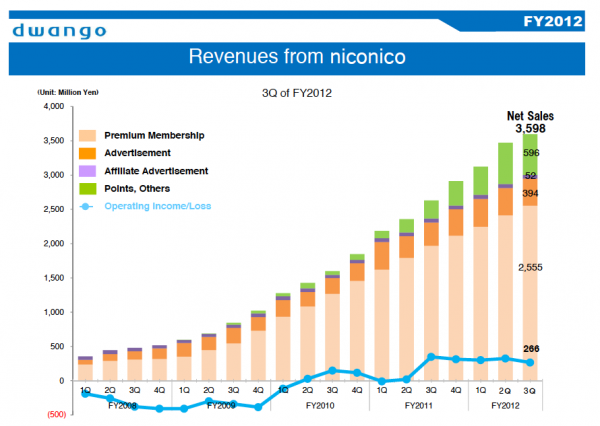