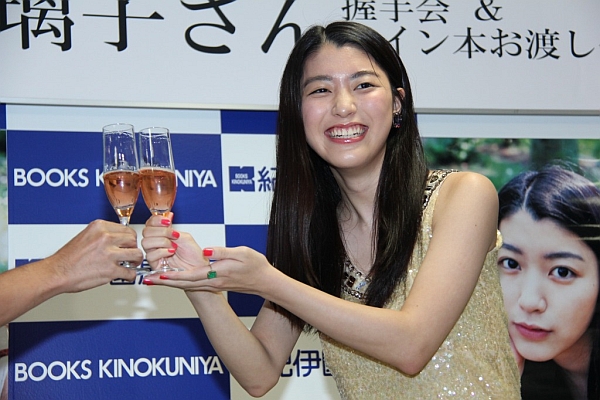 Actress Narumi Riko recently celebrated her 20th birthday and enjoyed the taste of champagne for the first time in her life. She already has been in the industry for a very long time and over the years she was always very composed and mature whenever she appeared in public. In recent years, she also has rarely played characters with that certain naivety that’s typical for girls her age.

On that occasion, a new poll was put up on the mobile polling service of goo and NTT DoCoMo that presented their members with a list of young female celebrities who have yet to celebrate their 20th birthday but are mature like Narumi.

It was a list of actresses, singers, idols, and models who usually appear and/or act more mature than they actually are and goo wanted to find out who their users would select.

Check out the results below!

Female celebrities who make it hard to believe they are still in their teens?

Note: The poll was conducted from August 18th until August 25th.