It’s been revealed that Milky Bunny (Masuwaka Tsubasa) will be releasing a new single called “Namida Sora” on October 17th!

On August 29th, Milky Bunny appeared at the event, ‘Odaiba Gasshukoku 2012‘, where she performed the title track for the very first time. The song’s lyrics were written by Milky Bunny and Karasawa Miho, and it describes the anguish and complexes experienced by girls in their teens and twenties.

The single will be released in both limited and regular editions with a different jacket cover.

Check out the jacket covers and track list below! 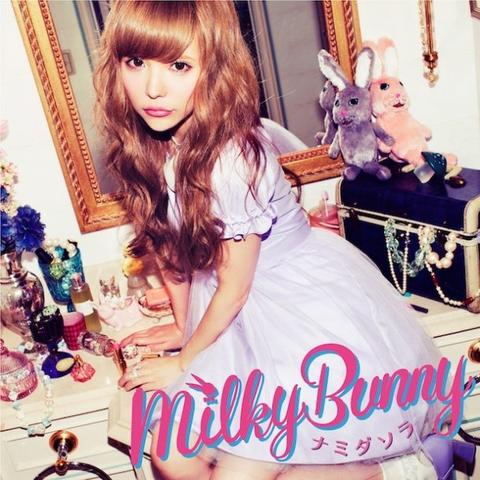