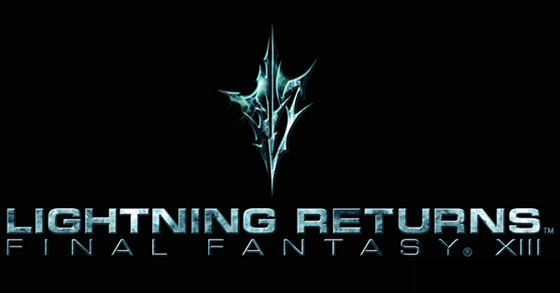 It’s been less than a year since Final Fantasy XIII-2 launched worldwide, bringing with it higher praise than its predecessor. The praise was deserved, the game improving on many aspects of FFXIII – though its story left many perplexed. It arguably created more questions than it answered, leaving fans in the dark and trying to piece together what happened.

DLC was created allegedly to address this, but that too left even more questions once released in May. Perhaps the worst kept secret in history after being hinted as early as June, a third Final Fantasy XIII title is now officially confirmed via a 25th Anniversary event in Japan – and it will hopefully finally offer story clarity and more gameplay improvements.

As expected, the game is a direct sequel to the events that transpired in Final Fantasy XIII. You play as Lightning – something fans have been clamoring for since her 5 minute debut in XIII-2. Given the events of XIII and XIII-2, Lightning is tasked with saving pretty much everyone in a new dramatic adventure through an open world.

Similar to the experience found in Final Fantasy X-2, Lightning will have the ability to change into a variety of costumes which in turn give her different abilities based on what she’s wearing. There’s said to be over 20 different costumes available.

The battle system is a modified version of the one found in the later two games. It will feature real-time elements such as direct control of Lightning’s movement, including a real-time block system, designed to make battles much more active and time-based. If you happen to face a game over, a prompt will activate to give players the choice to rewind their mistakes at the expense of the timer.

The world of Lightning Returns: Final Fantasy XIII is different from the one we’ve come to know in the previous two outings. It’s supposedly more diverse, including RPG staples such as dungeons, towns, shops and sweeping landscapes. The name of the world is Novus Partus, which is set hundreds of years after the ending of FFXIII-2. One of the game’s cities is called Luxerion.

The world itself is now set against a doomsday clock visible on the corner of the screen – and not dissimilar to The Legend of Zelda: Majora’s Mask, players are tasked with changing and shifting time itself to adjust events and buy yourself more time, pushing the world back from the brink of destruction. Any actions taken, even those such as time-based moves in combat, using transportation, or even facing a game over will train the time that remains.

A large monorail serves to carry Lightning from place to place, with the bulk of the game world existing on four large islands.

The visual aesthetic of the cast has changed quite a bit – enemy creatures have taken on a more medieval, organic look over the often mechanical looking enemies found in the previous XIII games. The team displayed quite a bit of concept art for monsters at the presentation, so it seems not many of the same ones from XIII will be recycled again this time around. The three pillars for art direction in the game are “mechanical, gothic, and fantasy.”

Writer and Director Motomu Toriyama says he’s chosen to make concept of the game linked to Lightning’s name, amongst other concepts. Lightning of course refers to an electrical discharge, but it is also tied to inspiration and epiphanies, a theme of the game.

Lightning herself has changed because of this; in this new title she’s “stronger than ever.” However, the team has decided not to reveal her new look just yet. They did reveal that they told character designer Tetsuya Nomura that she’s facing her final battle – her legend is about to end – they want her to be determined and true, and to show what she’s made of.

Three words define her gameplay experience: light, agility and elegance. As mentioned earlier, character customization will be key as the team wants to provide everyone an experience of only playing as her whilst having diverse gameplay.

A second concept is an element that the team believes makes the game original. If FFXIII was “story driven” and XIII-2 was “player driven,” then Lightning Returns can be called “World Driven.”

According to Toriyama it’s a brand new concept that’s never been used, and one of his original ideas in which everyone can create their own story. The world will constantly change – be it through weather, day/night cycles, the ecology, residents and more. The four large islands of the game represent a peaceful universe with luscious nature.

As with any Final Fantasy, however, a crisis looms. With 13 days remaining, the end of the world will mark the end of humanity – so does death approach Lightning.

Unfortunately Square Enix has decided against showing the game in motion. They instead seem to be taking their time with the reveal – giving fans a glimpse at the concepts and ideas driving the game first, and perhaps taking on feedback from those reveals and using them in the development of the game.

We can at least be sure of one thing – Lightning Returns: Final Fantasy XIII is scheduled for a release some time in 2013 on both PlayStation 3 and Xbox 360.

If you’ve ever wanted to own the entire mainline series in one set, now’s your chance. The compilation includes all 13 entries to the series comprising of PlayStation, PlayStation 2, PlayStation Portable and PlayStation 3 releases.

All of this will set you back a hefty ¥35,000 and is available exclusively on the Square Enix eShop due for release on December 18th.

There are also New Ultimania guide books are on their way – a set of three to commemorate Final Fantasy’s 25th anniversary.
Volume 1 covers Final Fantasy I-VI, 2 covers VII-IX and 3 covers X-XIV. Each book will contain 320 pages and include never before seen artwork. Priced at ¥3,255, all three will be available from December 18th exclusively through the Square Enix eShop. Those who buy the entire set will get a special bonus item, which remains unannounced.

Also, fans have been tweeting Square Enix NA about releasing Type-0 here in the west and they seem to be paying attention, so if you want to see it released here, tweet @SQEX_Members_NA with #FFTYPE0.