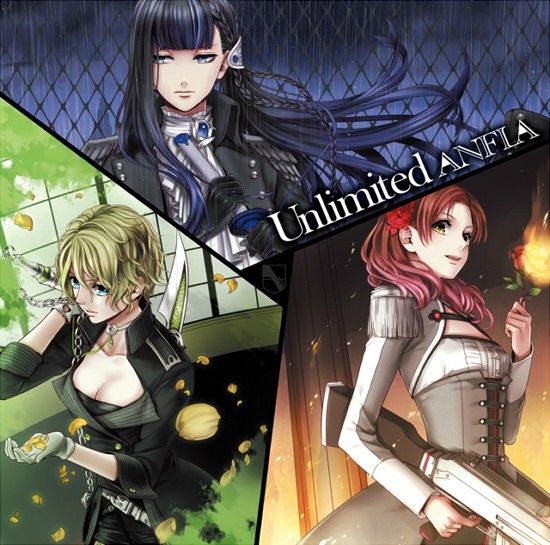 ANFLA is a female trio formed with well-known Niconico utaite, Wotamin, Vivienne and Kakichoco. They will be releasing their first album on September 12th, 2012. The title of the album is 'Unlimited'. The name ANFLA is combination of the word 'anti' and 'flatter'.

KakiChoco
BOD: Unknown
Years active: 2008 - present
Vocaloid impersonated: Hatsune Miku
Blog
Twitter
World is mine
Senko⇔Frustration
If
Her name Kakichoco was decided by herself, when she was uploading her first song in NND and she ended up seeing a persimmon seed chocolate in her house (persimmon seed = kaki). Kakichoco is said to be one of the most versatile female utaite in NND. Her list of covers had spanned almost every genre from pop, ballad, rock, hard rock, jazz, etc. It's said that she can sing basically anything.

She has a thin, stringy and bouncy voice which can hit high notes very well, and she has the ability to scream well in her covers; therefore, she has one of the most well-known Rin-type voices, and often plays the Rin part during collabs for songs such as Mr. Music and Juvenile.

She has a well balanced range as she can hit both relatively high and low notes. She often does collabs with Clear, forming the pair 'Clewota'. Wotamin's voice has a wide range. She can sing low songs but she can hit high notes too. Wotamin can sing in any genre but she specializes in upbeat songs more.