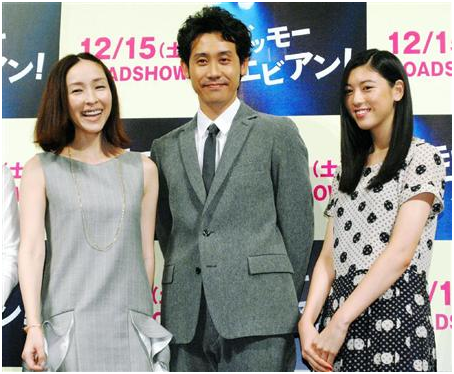 On September 5th, actress Aso Kumiko (34) and actor Oizumi Yo (39) appeared at a press conference in Tokyo to mark the completion of their film “‘GOOD MORNING EVERYONE!’” (directed by Yamamoto Toru, opens December 15th.)

As this was her first public appearance since the birth of her daughter on May 7th, Aso smiled as she said, “This was the only film I made while I was pregnant, so it is special.”

She also reflected on the live scene with the rock band and stated, “When I was rehearsing for the live performance (for the rock band in the movie), I had morning sickness and I felt terrible.”