Arashi might be this year’s Kohaku music special hosts 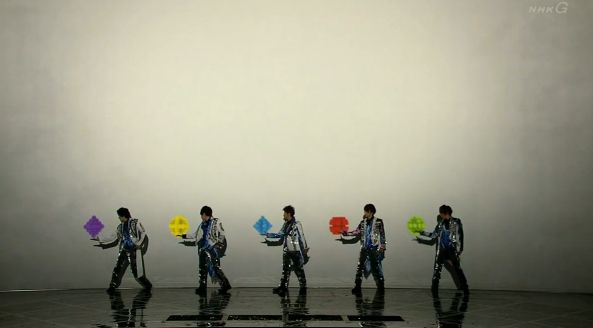 Arashi might be picked up to be NHK’s New Year’s Eve music special hosts for the third time, reports Tokyo Sports on September 7.

“A production team for the show has been finalised, and now they’ve begun discussions about what to do this year.  At this rate, Arashi will probably be asked to be the shirogumi hosts for the third straight year,” said one source from NHK.

Although no one can definitely say this will happen, there is no denying the fact the group attracted TV ratings of over 40% in their past two Kohaku shows.

It has been reported the most likely candidate for the women’s akagumi host this year will be actress Maki Horikita, who has been playing the main character in NHK’s popular drama 梅ちゃん先生 (Ume-chan Sensei).

I love Arashi with all my heart, but Kouhaku just hasn't been the same since the year they started dominating it. :( I'd prefer a medley performance and for them to race back to Johnny's Countdown like Tokio do.