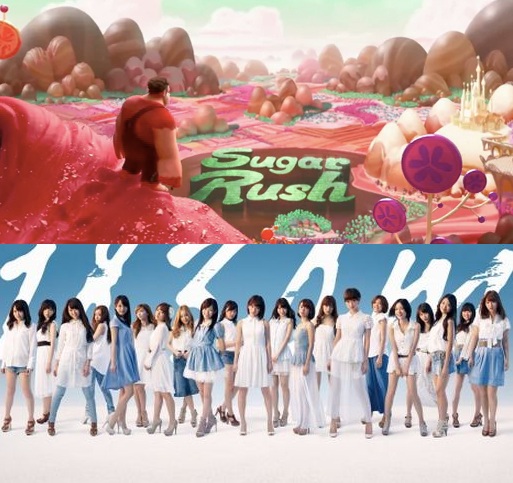 In Walt Disney Animation Studios’ new movie “Wreck-It Ralph”, bad guy Ralph goes on an adventure with other video game characters to prove that he is really a good guy.

The video games Ralph travels to go from the ‘80s up to our modern day video games and one of the best ways to differentiate these games is through their music. Producer Clark Spencer said, “Music is another way to set the stage and make these worlds completely different.” The score has been composed by composer Henry Jackman (“Winnie the Pooh,” “X-Men: First Class”).

However, the filmmakers took it to the next step and got unexpected artists to help. One of those artists will be AKB48. AKB48 will be featured in the video game ‘Sugar Rush’, which is described as a candy-coated cart-racing game in a land of sweets. Spencer said, “We’ve always thought of Sugar Rush – with its nod to anime – as a game that may have originated in Japan. So we went to Japan and got the hottest J-pop group to perform the song that really sets the tone for the ‘90s-era cart-racing game: young and hip.”