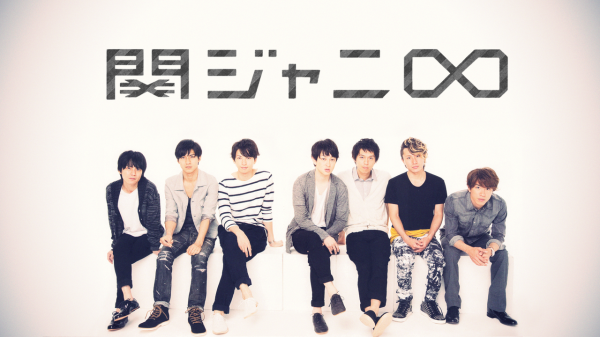 On September 16th, popular idol group, Kanjani8, held their tour “8EST ~Minna no Omoi wa Dou Nandai? Bokura no Omoi wa Mugendai!!~” at Tokyo’s Ajinomoto Stadium.
The group is holding this nationwide tour in commemoration of the 8th anniversary of their CD debut. The group started the tour at the same venue on the 15th and will continue touring through 10 different cities until the end of December. Member, Murakami Shingo (30), said, “Thankfully, we’ve added some more performances. We will be performing at the Tokyo Dome on November 10th and 11th. We will also be performing at the Kyocera Dome in Osaka on December 30th, 31st and January 1st.”
Furthermore, with these additional tour dates added and including their 8th anniversary event this summer, the total number of attendance will be 880,000. Yokoyama Yu (31) expressed his thanks to the fans, “We are naturally a group sticked to the number 8, so I am happy that we’ll be able to perform for 880,000 fans. It seems this is something the staff put some consideration into. I am so grateful.” This will be a personal record for the group, updating their highest attendance previously during their 47-prefecture tour in 2007 of 670,000 attendance.
The group will also be releasing their best album “8EST” on October 17th. Murakami said, “The first press edition’s bonus DVD is packed full of things. It’s really awesome.” (OP: There will be 350 minutes of video footage consisting of 8-sai matsuri digest, Sugohachi event at Kyocera Dome, smiley date for the game losers at 8-sai, PV for a new song, possibly including making-of).
Ajinomoto Stadium was the group’s first open-air concert. Nishikido Ryo (27) smiled, “The breeze feels great~!”. He also commented, "Before debut, we couldn't even get 500 people to come and watch us at Shochiku-za, which has 1,000 capacity. Now I believe what we did wasn't a mistake."

Kanjani8 performed in front of 55,000 fans who were waving their penlights. Fans were also pleased to see the return of the ‘Eight Rangers’ during the comedy corner of the concert, since it has been around two years since they were last seen. They even made it something bigger with stunts like dropping down 25 metres using ropes.
“Performing in natural light was kind of embarrassing,” Shibutani Subaru (30) said.

Yesterday, the group and the 55,000 fans in the stadium also celebrated Yasuda Shota’s 28th birthday.
Watch news clips below!

OP: The news clips vids are unlisted so they may not appear. You can watch them by clicking the numbered links at the Source.


Sorry about the vids. Had a little problem with the codes.