Public Transport Tactics: How to Deal with Shoulder Sleepers 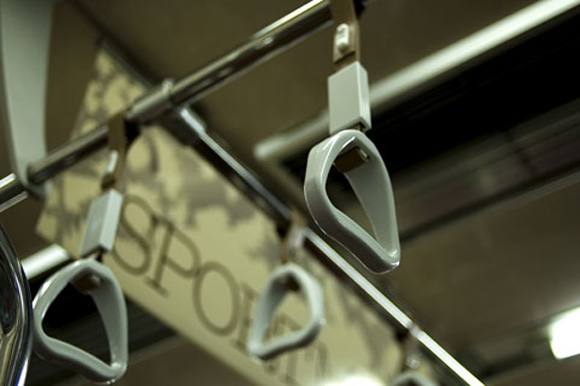 Anyone who’s taken public transportation has had a run-in with shoulder sleepers, the people who sit next to you on the train, bus, plane and decide your shoulder is their next stop to dreamland.

Some people deal with this threat by taking up the neighboring seat with their bags. However justified that tactic might be, you’re left looking selfish to the rest of the passengers.

So you leave the seat open. And like clockwork some dude with pit stains plunks down next you, eyelids half-raised and wobbling like a drunk during an earthquake.

Japan, having one of the most used public transportation systems in the world. knows a thing or two about people sleeping on your shoulder. The following is a collection of strategies posted online by Japanese commuters for shrugging off shoulder sleepers.

Movers are defensive by nature and are willing to sacrifice their own seat space to dump that load on their shoulders.  The basic movers simply shift their arms ever so slightly by wiggling and shuffling out from under the other person.  The idea is to keep the other person asleep and free of embarrassment thereby maintaining tranquility on the vehicle.


More advanced movers create an entire alibi in case the person should wake up.  For example, one mover writes, “I pretend I’m looking for something in my bag which moves my arm away.”

Pushers take a more aggressive stance, which helps them maintain their own seat space but requires them to get closer to the other person than they might like.  Pushers all seem to have a universally shared technique which begins by pushing out with the stolen shoulder.  If that move is unsuccessful, or if the sleeper comes back for more, the pusher will then start working the midsection with their elbow.  Whether they intend to push away, harm, or waken the sleeper purely depends on their mood.

Pullers are very similar to movers except in one key aspect: pullers intend to wake the sleeper.  Rather than gingerly pulling their shoulder aside, a puller will jerk themselves in the opposite direction causing the sleeper to tip over and (hopefully) wake up.

The intensity with which the pullers pull, is strictly up to individual.  Some softly pull away so as to awaken the sleeper but not make them crap their pants. Others, however, go for the full on pant-pooping effect.  One expert puller shares their tactic; “I figure out the timing of their wobbling.  When they teeter towards me I lean the same way. Then they wake up and notice what they were doing.”

Some choose a more vocal approach to dealing with sleepers.  Often times, the “speaking” is simply a cough loud enough to jar someone from their slumber.  Otherwise a simple “excuse me” or “I’m sorry” is enough to do the job.

One speaker has perhaps the best idea of all.  According to this person: “when the sleeper is just about to hit shoulder, I just whisper ‘do you feel tired’ and they jerk right awake.”

I bet they do; imagine some stranger whispering into your ear just before you drift off.

Runners adhere to the axiom, when the going gets tough, the tough get going.  “If they don’t budge, then I move to another seat” states one runner.  Runners are not the least bit concerned with the principle of standing – sitting – your ground.  Rather they opt for the instant results of getting out of there.

“I don’t care who it is, I’ll move to another seat” claimed another runner.  This brings us to the final dilemma: What if the sleeper is hot?

Guys would pretty much agree that if the sleeper is good looking then no harm no foul.  One guy echoed the thoughts of many when he said, “If it’s a beautiful woman then I think ‘alright, come on’ lol.”  Some ladies too felt “If it’s a hot guy, then no problem.”