SMAP treat fans to their most expensive concert yet 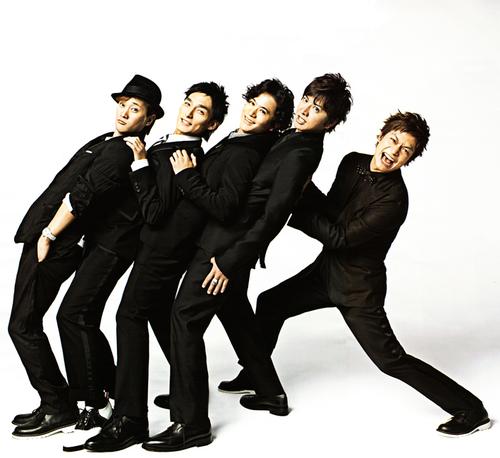 The sets built for SMAP’s Tokyo concerts in Tokyo Dome are their most expensive yet, according to production staff, reports Chunichi Sports and Sports Hochi on September 27.

It has been reported the group had started the Tokyo leg of their GIFT of SMAP tour on September 26, where they performed more than 30 songs for 55,000 fans.

“Concerts bring out the best of SMAP.  Thank you so much for all of your love,” Goro Inagaki said.

Last year, the group had held a special 20th anniversary fan event in Tokyo Dome, making it two years since the group have performed in this venue.  SMAP leader Masahiro Nakai said the venue had a special meaning to them.

“I feel at home in Tokyo.  I hope I can give it my all for the next five days,” Takuya Kimura said.

To go with the tour’s theme of “a gift for fans”, it has been reported Shingo Katori had asked production staff to build a giant gift box so that the group could jump out of it during one of their songs.  The SMAP member said he could not help but laugh when he saw his design, a box measuring six by six metres and four metres high, come to life.

“I just said, ‘what the…’, but the crew told me they just built it following the dimensions I wrote on my design.”

Other gifts included singing some older SMAP songs like “泣きたい気持ち (Nakitai kimochi)”, the coupling song to the group’s first No.1 single “Hey Hey おおきに毎度あり (Ookini Maido-ari)”, which has not been performed since 2001.  The song’s title mentions crying, but Nakai said he felt like crying for a different reason after he missed his cue to start the song.

It has been reported this tour, which started on August 23 in Fukuoka, will have attracted 955,000 fans in total by the time the tour ends in Sapporo on Christmas Eve.

For Nakai, this Tokyo Dome concert was memorable for another reason: Baseball.  A few days ago, Nakai’s favourite team, the Yomiuri Giants, won their central league competition in the same venue last week.

“What great timing that SMAP is here right now, right after when everyone was throwing (Giants coach) Hara-san into the air in celebration right here.  I was wandering around here before thinking, ‘they were celebrating right here’,” he said.

Kis-My-Ft2 came on stage during the encore as guests, where Taisuke Fujigaya said hello to the crowd.

“I hope you’ll support our group too,” he said, making the crowd really cheer.

“Hey, how come everyone’s screaming louder since you guys came,” Nakai joked back.