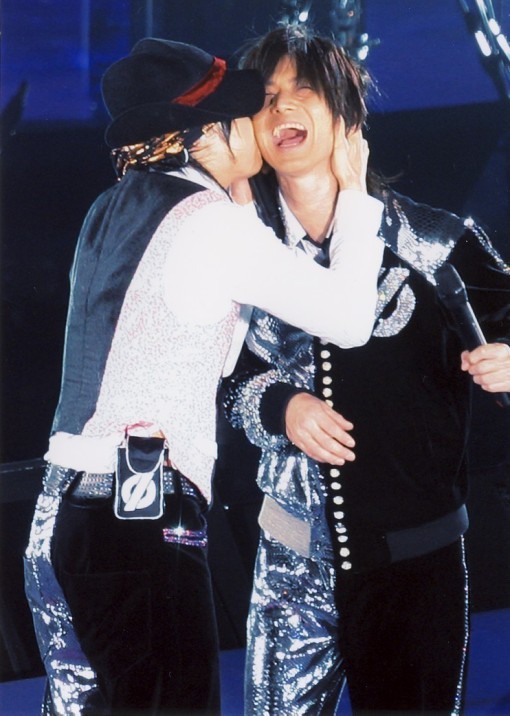 Domoto Koichi (33), who is currently touring solo after 2 years, announced during his October 8th concert in Yokohama Arena that this year too KinKi Kids will be holding their annual New year concert at Tokyo Dome. On the same day, through his J-web, Domoto Tsuyoshi (33) also announced the same thing that KinKi Kids annual live concerts have been decided.

The usually not aware of numbers, Koichi, expressed his feelings towards their 15th Anniversary, “In order to fulfill such a big responsibility we will continue to give back to fans and create a concert worth remembering”, he shout full of fighting spirit.

Here is the scheduled performances for KinKi Kids Concert 2012-2013:

~H/A/P/P/Y~ (^▼^)
but damn i really need them to announce their 33rd single ASAP!! this year!!
What have been happened during this 2 weeks just make me want it more >.<
(HEY3x 09/24 - Koichi is surprised that even though this year is KinKi 15th Anniversary but they are not doing anything to celebrate it, which make him wondered why he is there performing alone, and not long after that Tsuyoshi updated his J-web which only contain 2 words "Me too!" LoL, then Iitomo 10/04 - Tsuyoshi send a big heart-shaped flower to Koichi with message: To Kochan-sama, From Tsuyo-chan ♥♥♥≧◡≦)
Tags: concert/tour, johnnys entertainment, kinki kids
Subscribe
Previous
← Ctrl ← Alt
Next
Ctrl → Alt →
Previous
← Ctrl ← Alt
Next
Ctrl → Alt →