Film director Koji Wakamatsu dies after being hit by taxi 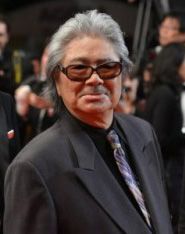 Japanese film director Koji Wakamatsu has died in hospital after being hit by a taxi, media reported Thursday. He was 76.

According to TBS, Wakamatsu was hit by a taxi in Tokyo’s Shinjuku Ward at around 10 p.m. on Oct 12. He was taken to hospital where he remained in a coma. Hospital officials said he passed away at 11:05 p.m. on Wednesday.

Wakamatsu directed 105 films and most recently, won the Asian filmmaker of the year award at the Busan International Film Festival that finished last week.

“Caterpillar” (2010), a savage critique of Japan in the 1930s, was nominated for the prestigious Silver Bear award at the Berlin International Film Festival.

In the past year, he directed three productions - “11.25 The Day He Chose His Own Fate”, “Kaien Hotel in Blue” and “The Millennial Rapture.”

The Busan festival handed Wakamatsu its Asian Filmmaker of the Year Award to “honor his spirit of independent film as a rebellious auteur and his never-ending passion for cinema.”

“I think my films are undervalued in Japan, so this is a great honor for me,” said Wakamatsu when he received the award. “I am an independent filmmaker and this goes against the system in Japan. But you have to make the films that are in your heart, not films other people want you to make. Cinema is freedom and this must never change.”