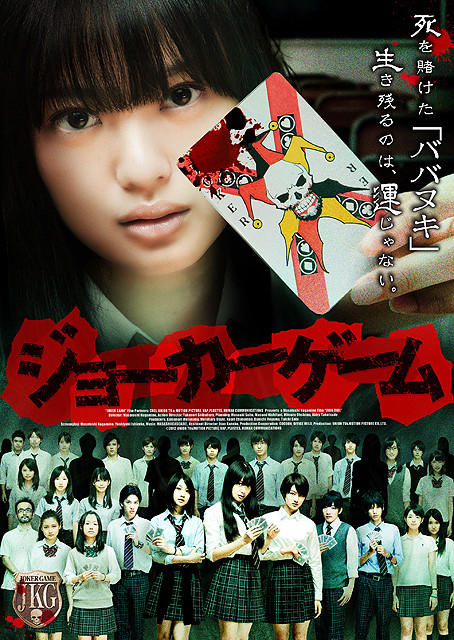 21-year-old AKB48 member Kitahara Rie (currently part of Team B and sister group SKE48) has landed her first starring role in a theatrical movie. Titled “Joker Game,” the film is yet another entry in the idol-filled “survival game” suspense genre.

Kitahara plays a 3rd-year high school student at a prefectural college prep school. When all of the third-year students go on a camp trip together, their teachers announce that they will all have to participate in a card game of “Old Maid.” However, the camp is actually part of an experiment by the national government to put an end to the country’s declining education and to boost the students’ “humanity” – meaning that the game is really a deadly test that will truly decide their fates.

Although this is Kitahara’s first time in the lead role on the big screen, she previously acted in last year’s “Graffreeter Toki.” She has also recently been gaining more attention with her role on Fuji TV’s ongoing reality show “Terrace House.”