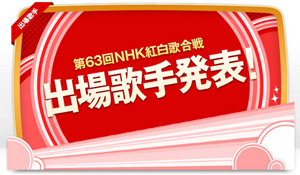 Japan’s widely-watched year-end TV show will feature only Japanese acts this year, with popular South Korean performers left out of the line-up amid territorial frictions with Seoul.

Taxpayer-funded broadcaster NHK insisted politics had played no role in the selection of performers for the New Year’s Eve broadcast watched by up to 40% of the nation’s TV audience.

Viewers are drawn from a wide cross-section of society on an evening when Japanese families traditionally gather at home, often around a television set.

NHK officials told a press conference that Korean performers were dropped after reviewing how popular they were over 2012, and after looking at support for them among Japanese fans.

They denied speculation that the spat over the sovereignty of a pair of islands in the Sea of Japan (East Sea), called Takeshima in Japan and Dokdo in South Korea, had played any role in the decision.

President Lee Myung-bak’s visit to the islands in August angered the Japanese public, and cooled ties between the neighbors.

Korean political leaders and cultural figures, including actors and an Olympic athlete, staged a series of stunts over the following months designed to reinforce Seoul’s control of the islets.

At least one popular Korean drama was pulled from Japan’s airwaves after one of its stars voiced support for Seoul’s claim.

Tokyo has also spent several months in bitter dispute with Beijing over the ownership of a different set of islands.