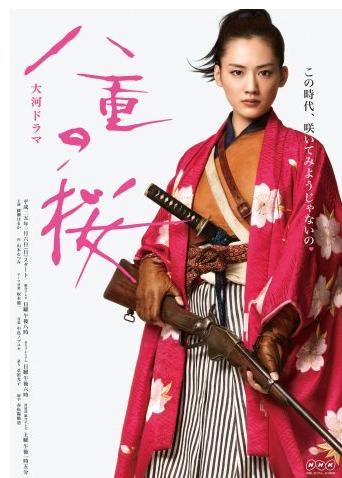 NHK revealed the poster for their 2013 Taiga drama "Yae no Sakura" which begins its run from 6 January at 8pm on Sundays. The poster features the lead Ayase Haruka who plays Yae with a Spencer rifle in order to match the image of Yae being a Joan of Arc in the Bakumatsu era. The poster will be displayed at all NHK broadcast stations nationwide and the drama's shooting locations such as Fukushima Prefecture from December onward.

Too bad there are some "actors" in this series that will partly spoil it.

arashic5 2nd-Dec-2012 04:28 am (UTC)
I keep expecting her to do something comedic, even with that serious pose