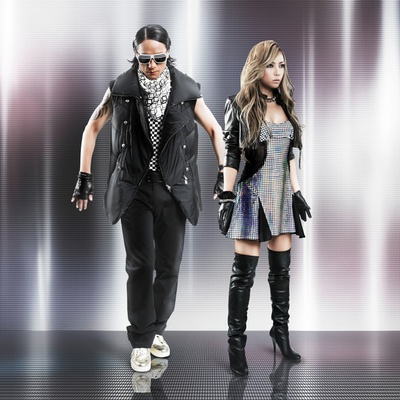 The musical group m.o.v.e announced on Saturday on its website that it will break up after a live Tokyo concert on March 16, 2013. The group had planned to release a best-of album on December 19 to mark the duo's 15th anniversary (which came on October 1), but it was abruptly delayed on November 26 "due to various circumstances."

The renamed Best moves. ~and moves goes on~ album is now scheduled for February 27. It will now have five new songs, and people who buy the album will be given free passes to the final concert, "m.o.v.e The Last Show ~Champagne Fight~," in March.

The group consisted of vocalist Yuri, rapper motsu, and t-kimura as their former producer. They made their debut in 1997 and have since
released 31 singles and 11 original albums. The group is best known in anime for its work on Initial D, but it also performed on the soundtracks for Ikki Tousen, Final Fantasy: Unlimited, and Asobotto Senki Goku. It just contributed the opening and ending theme songs for Initial D Fifth Stage sequel.