Popular manga ‘Shingeki no Kyojin’ to get TV anime adaptation next spring ! 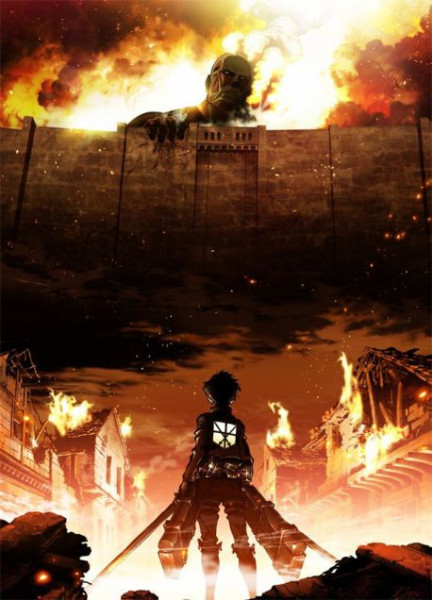 It’s been revealed that Isayama Hajime’s popular manga, ‘進撃の巨人(Shingeki no Kyojin) or Attack on Titan‘, will be getting a TV anime adaptation on MBS next spring.
Wit Studio and Production IG are collaboration on an anime adaptation of Isayama Hajime's manga to air on Japanese television in spring of 2013. The voice cast announced are Kaji Yuki as Eren, Ishikawa Yui as Mikasa, and Inoue Marina as Armin.  Araki Tetsuro (Death Note, Highschool of the Dead and Guilty Crown) will direct, Kobayashi Yasuko will be in charge of story editing, and Asano Kyoji will take care of character designs. It will be a collaborative production by WIT STUDIO and Production I.G.
On December 8th at 8:00 pm, a production presentation will be held via Nico Nico Namahousou. Isayama, Kaji, and Araki are expected to attend this event.
‘Shingeki no Kyojin’ was serialized in ‘Bessatsu Shonen Magazine‘. The series is a survival action story that depicts the battles between humans and the man-eating giants who now rule the world. In the story the last remnants of humanity have gathered in walled cities to protect themselves from a race of flesh eating giants and those giants are in full effect here. Isayama launched the manga in Bessatsu Shōnen Magazine in 2009. The manga has become a sleeper hit, and Kodansha USA is publishing the manga for North America.