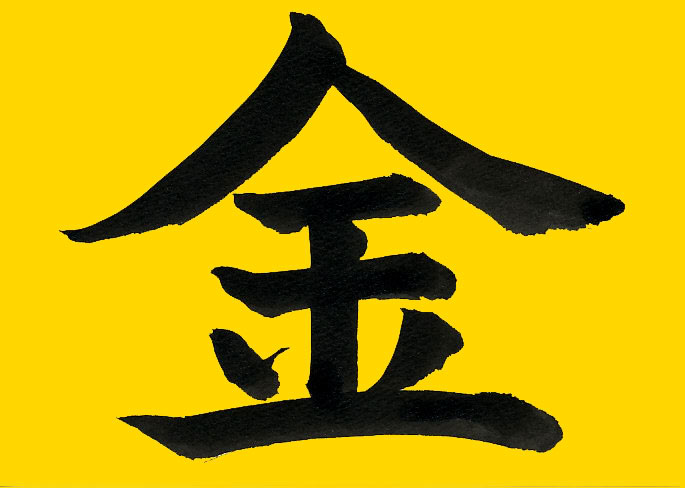 The written character “kin,” meaning “gold,” has been chosen as the character best representing the sentiment and events in Japan in 2012.

The Japan Kanji Aptitude Testing Foundation, a Kyoto-based organization that promotes kanji, conducts the survey nationwide every year. More than 260,000 submissions were received this year, with “kin” being the most popular. The head priest at Kiyomizu temple in Kyoto unveiled the character on Wednesday.

Reasons given by survey respondents for choosing “kin” were that it reflected Japan’s gold medal haul at the London Olympics, it signified Shinya Yamanaka co-winning the Nobel prize for medicine and that it symbolized the opening of Tokyo Skytree.

Last year, the winning character was “kizuna,” meaning family bonds. In 2010, the vote went to “sho,” meaning hot, after a sweltering summer. In 2009, the winner was “shin”, meaning new, as Barack Obama became the first black U.S. president.