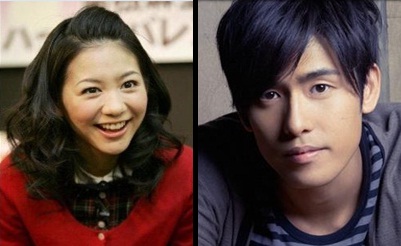 On December 19th, it was reported that talento Sekine Mari (28) is in a serious relationship with South Korean singer Kang Yoon Sung (29) better known as K.

The couple met about 3 years ago when K made a guest appearance on a public recording of Mari’s radio program. According to sources, they started dating as Mari went to attend K’s concerts several times. It’s said that the two are “earnest with a sense of humor and were naturally drawn to each other.”

Mari’s father talento Sekine Tsutomu (59) is also a big fan of K and he would accompany Mari in attending K’s concerts. They have already introduced their families to each other. Other sources say, “Not anytime soon, but we have heard that they are dating with marriage in mind.”

Until October of this year, K was serving in the military for about 2 years in South Korea. During that time, Mari had been visiting him frequently using her free time.