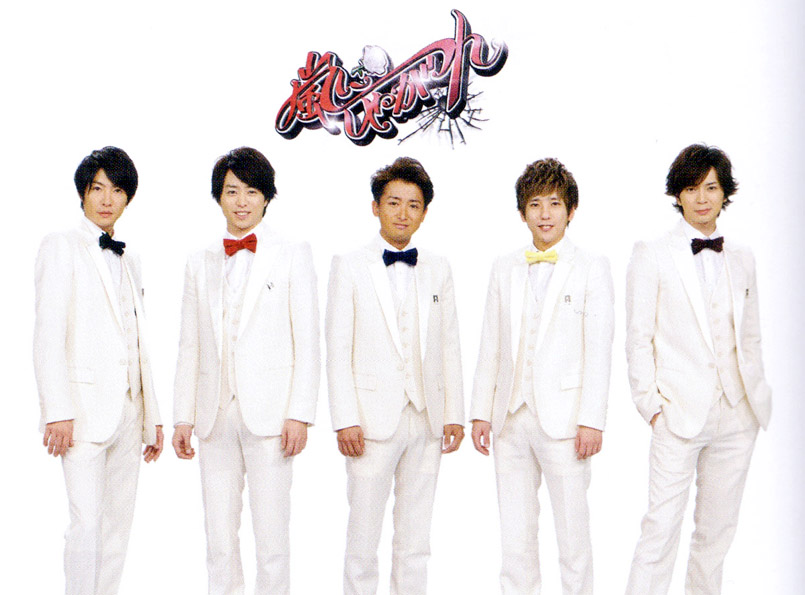 During the first episodes of the show in 2010, members of Arashi were asked about who they wouldn’t want as guest in the show and during that time, leader Ohno Satoshi answered “MATCHY-san”. That Ohno Satoshi now looked back into the shooting of this episode, “We welcomed our big senior Kondo Masahiko-san, although we were very nervous, we also had a lot of fun!”.

This New Year’s Day Special has become an annual tradition for Arashi and they usually have to face important seniors. Up until now, they’ve had as guest, members of their agency like; Shonentai’s Higashiyama Noriyuki, TOKIO’s Joshima Shigeru, Matsuoka Masahiro & Kokubun Taichi, Kanjani8, KAT-TUN’s Kamenashi Kazuya and Ikuta Toma. This time, the long-awaited “aniki” finally appears to teach them a few things.

The five of them appear wearing Kondo’s costumes for “Gingiragin ni Sarigenaku” and create their own version of popular programs like, “Sokuho! Uta no Daiji 10″ with the corner “Sokuho! Johnny’s Daiji 10″. While watching nostalgic videos of Kondo’s performances they will challenge a quiz they can’t possibly lose as juniors.

In addition they will face different individual challenges in their own corners. ”Arashi ni Shiyagare 2hr and a half SP” will be broadcasted in January 1st (NTV/9PM~11:18PM)